Boks must sharpen up for Test, says Kwagga 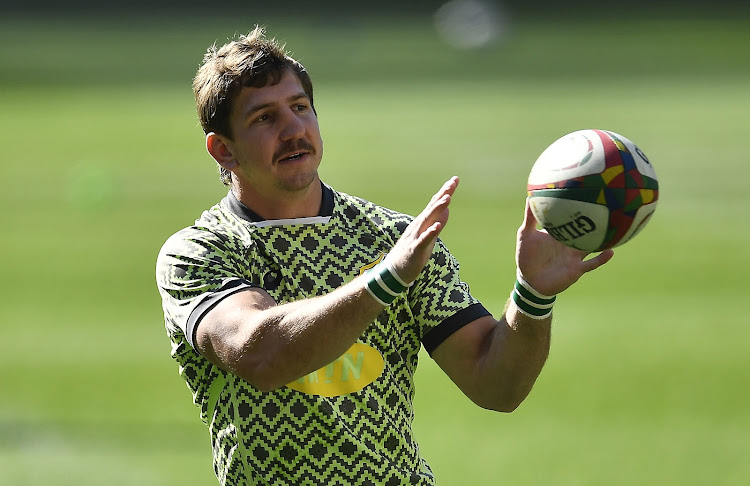 The Springboks know what they have to work on and are ready to sharpen up for Saturday’s blockbuster opening Test against the British and Irish Lions, fiery loose forward Kwagga Smith says.

A monumental physical battle is expected as both sides look to gain an early advantage in the three-Test series which kicks off at the Cape Town Stadium (6pm).

The Boks received a wake-up call on Saturday when they were beaten 17-14 by the Bulls in Cape Town.

“We lost momentum and didn’t dominate up front, but well done to the Bulls,” Smith said.

“We got the game time, we could see where we made mistakes and we can work on that from there.

“For now the focus is on our system.

“We haven’t played Test matches in almost two years, so we got together and started working on it in the last three games [including the Test against Georgia], and we can now analyse that.

“We need to use our opportunities because in Test matches there aren’t many of them, so we have to convert them into points, and we have to sharpen up and get into our system and enforce it onto them.”

Scrumhalf Cobus Reinach said the Boks would have to step up their game in the opening Test.

“We left a lot of opportunities on the park against the Bulls, but that is something for us to look at, and each one of us has to look at our performance individually.

“We can improve, and we have to ensure that we do better when we find ourselves in a similar situation.

“We are aligned as a squad and we know what we have to do.

“We need to execute what we want to do at a platinum standard, and everyone just needs to do their job and make sure they do it well.

“Collectively, we didn’t put our stamp down, but we can fix that, and we are feeling confident going forward.”

Reinach said the Lions had several options as they weighed up their selection options for the first Test.

“Competition in any squad is good,” he said.

“If one doesn’t have the best game or was put under pressure, someone is aligned and can step in and do the job.

“But the British and Irish Lions will know what to do.

“It doesn’t matter who they choose — we need to do our thing and enforce our game plan on them.”

Bulls coach Jake White said not too much should be read into his team’s win over the SA “A” side.

“The Boks needed a hit out and had to give some guys game-time.

“There’s no way that this result will be an indication of what will happen next week when the Test series starts.

“I don’t think this performance, just like the Lions against SA A earlier this week, should be one that’s read too much into.

“The Tests start from zero.

“From a Springbok view, no-one’s ever going to remember a friendly.

“The Springboks will definitely be only focusing really on what happens this coming week and rightly so.”