Lions call up Kelleher to join tour as cover 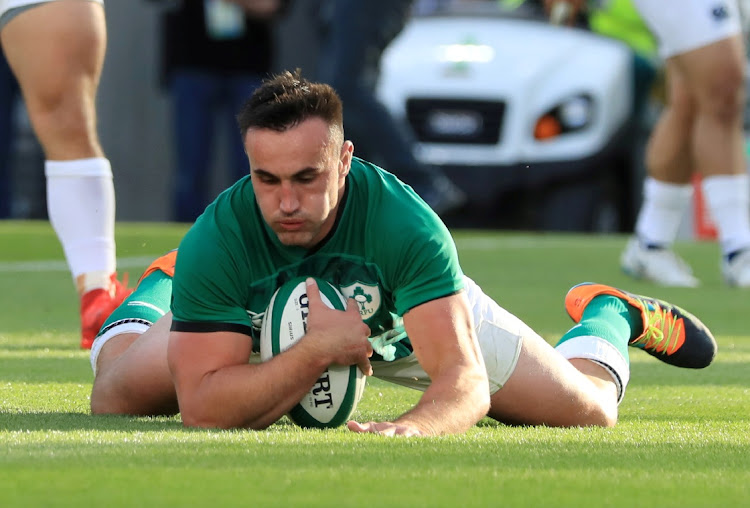 Ireland hooker Ronan Kelleher has been added to the British & Irish Lions touring party and will arrive in South Africa on Thursday along with Alun Wyn Jones, the Lions announced.

Kelleher trained with the Lions squad in Jersey prior to their departure and has been added as cover, said coach Warren Gatland.

"There’s no injuries to the three hookers out here, but we think it’s prudent to bring in cover in that position ahead of the Test series," he said in a statement.

The tourists already have the English pair of Luke Cowan Dickie and Jamie George and Welshman Ken Owens in the position.

The 23-year-old Kelleher scored four tries for Ireland in their Test win over the US last weekend in Dublin. He has 13 test caps.

Earlier on Wednesday, it was confirmed that Jones was heading to South Africa after recovering having dislocated his shoulder early on in the Test against Japan in Edinburgh on June 26.

"It’ll come as no surprise to anyone who knows Alun Wyn that since injuring his shoulder against Japan, he’s done everything he can to get himself back. It’s remarkable really when you consider it’s just 18 days since he left us in Edinburgh," Gatland said.

"He’s been training with the Wales squad at the Vale since last week and yesterday he had a proper hit out. Following assessment from the medical staff this morning we’re satisfied he’s fit to return.

"He's obviously raring to go and from what I’ve seen on video and the feedback we’ve received, he’s certainly not been holding himself back in training. He was really getting stuck in yesterday.

"It's a massive boost for the Lions to welcome a player of Alun Wyn's stature back."

Jones is competing in his fourth Lions tour, having first been picked to tour South Africa 12 years ago.

He was named captain for this tour, a job that Irish scrumhalf Conor Murray then took on when Jones did not fly out to Johannesburg with the squad at the end of last month.

Last year Jones set a world record for the most number of Test appearances and now has 148 caps for Wales and nine Lions Tests.