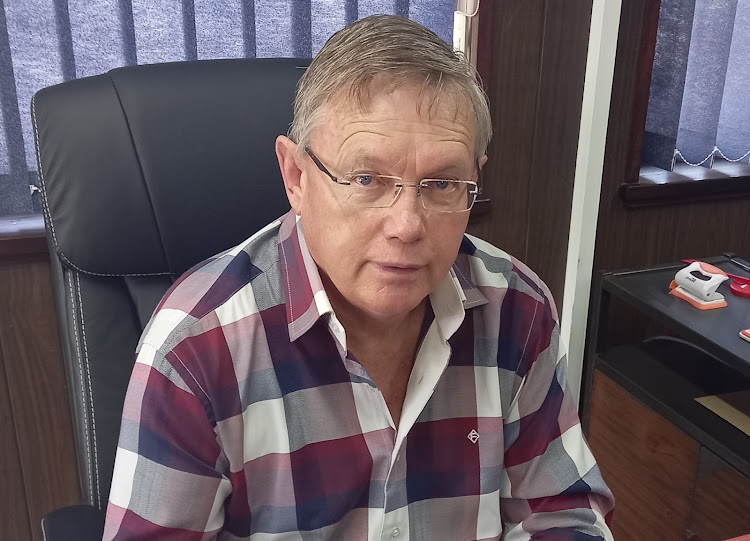 EP Rugby president André Rademan is in a critical condition in an intensive care unit at a Gqeberha hospital after testing positive for Covid-19.

His wife Carol Rademan said in a social media post on Tuesday that her husband was fighting coronavirus with everything he had and had been moved to an ICU ward.

“Please pray for André,” she wrote.

“André is in ICU on a ventilator and needs all our prayers.

In an earlier post on Monday, she said: “André is still in hospital and on oxygen, drips and medication.

“He is very tired and fighting Covid with everything he has.”

Rademan is among a number of EP players and coaching staff who have been laid low by the virus.

Meanwhile, it will be a case of out of the frying pan and into the fire for EP’s Covid-decimated Elephants when they face the Griffons in a Carling Currie Cup First Division clash in Welkom on Saturday.

At this stage it is unclear whether EP will be back to full strength after a serious coronavirus outbreak forced 10 players and coaching staff into isolation last week.

“We are awaiting the team doctor to inform the coaching staff which players will be fit for the Griffons game,” an EP official said.

Sources said the EP squad and management would undergo Covid-19 tests this week ahead of the Griffons clash.

Strict return to play protocols will be enforced for players who have been infected by the virus.

This could affect whether players are deemed to be match fit for what will be a tough contest against an abrasive Griffons outfit.

A second loss in a one-round Currie Cup tournament could prove to be a fatal blow for EP’s hopes of reaching the playoffs.

Their playoff hopes were dealt a hammer blow when they were soundly beaten 59-20 by the Leopards in their opening game at the Wolfson Stadium on Saturday.

Even before Saturday’s game kicked off, EP had their backs to the wall after 10 players were forced to sit out after being infected with the coronavirus.

A hastily assembled team were unable to train together in the week leading up to the Leopards clash, and only assembled on Friday for a captain’s run.

Their preparations were further hampered because coach Peter de Villiers only came out of 10 days of Covid-enforced isolation on Friday.

He was, however, able to attend the Leopards clash and run the rule over EP’s makeshift team.

At one stage last week, it appeared as though EP might be forced to forfeit the match as the virus took its toll on players and coaching staff.

The one positive EP could take out of the Leopards defeat was that they were able to secure a precious bonus point thanks to the four tries scored by Divian Swanepoel, Ntsika Fisante, Xolela Payi and Temba Boltina.

The Falcons, Leopards and Griffons all laid down a marker in the opening round of the First Division, by recording bonus point victories on the road.

The Falcons and Leopards scored 50 points apiece, with hooker Robey Leibrandt scoring a hat-trick of tries against the Elephants.

On Friday, the Falcons were too strong for the Eagles and won by 50-17 at Outeniqua Park in George, scoring eight tries to the three by the hosts.

The final game of the weekend was at Police Park in East London, where the Griffons beat the Border Bulldogs 35-18.