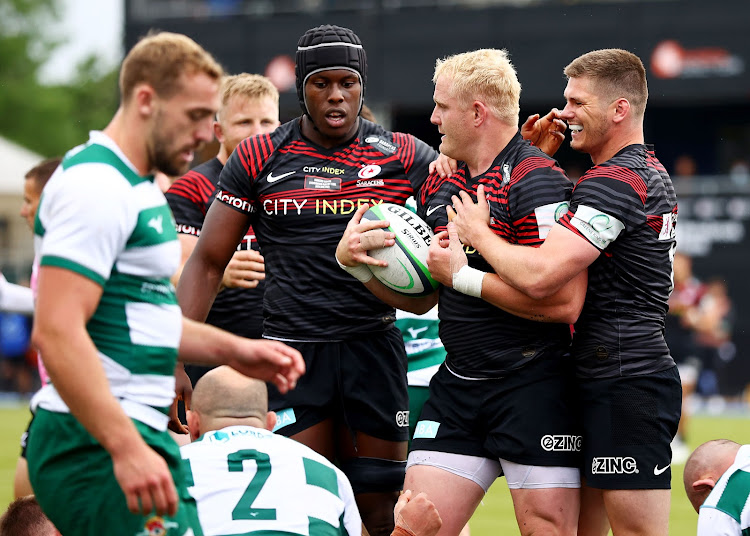 SA's Vincent Koch of Saracens celebrates with his teammates after scoring a try during the Saracens versus Ealing Trailfinders in the Championship Playoff final, second leg at StoneX Stadium on June 20, 2021 in Barnet
Image: Clive Mason/Getty Images

Saracens overcame a sluggish start to secure a return to the top flight with a dominant 57-15 victory over Ealing Trailfinders in the second leg of the second-tier Championship playoff final.

Despite holding a 60-point advantage from the first leg, Saracens named an unchanged starting lineup that included a dozen internationals and all five of their 2021 British and Irish Lions tour picks.

Ealing showed significant improvement on the side that capitulated 60-0 in the first leg last Sunday, holding Saracens level at 10-10 at the interval.

Nick Tompkins and Alex Lewington also crossed the line as Saracens overpowered their opponents in front of a 2,000 crowd at StoneX Stadium.