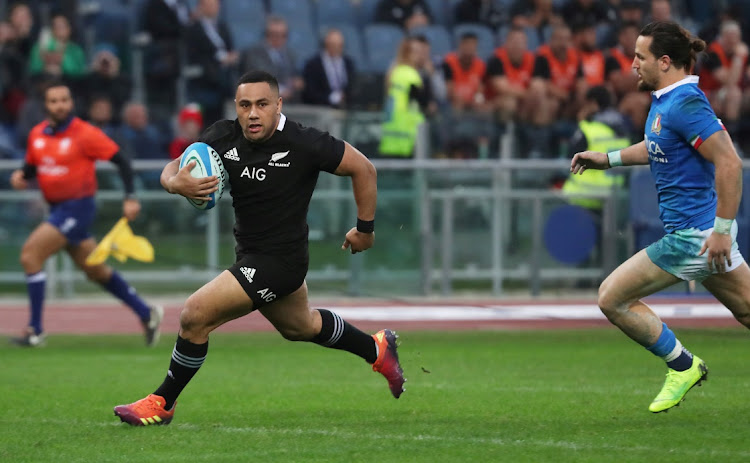 Departing All Black Ngani Laumape said on Wednesday his decision to play in France was made easier by New Zealand Rugby (NZR) cutting his pay in their contract offer.

"It wasn't hard when I was offered a contract that was asking me to take less income," the Hurricanes juggernaut told reporters in Wellington.

"Once that came into perspective I had to make the best decision for me and my family and my kids."

Laumape, 28, said there were no hard feelings toward NZR but conceded the offer was "pretty disappointing".

"I think I offer something in the midfield that no other midfielder can offer in New Zealand," he added.

"At the end of the day it’s a business, they did what they had to do and I have to do what’s best for me and my family and my kids."

A crowded midfield has thwarted Laumape's international ambitions since his 2017 debut and he was overlooked for the 2019 World Cup squad.

However, Goodhue's injury had opened the door for the 15-Test All Black to play a bigger part in coach Ian Foster's plans.

Laumape said he had no thoughts about coming back to New Zealand after finishing his stint overseas.

"There has to be mutual ground to meet in the middle," he added.

"I'm going there and all I'm thinking is to finish my career overseas and enjoy what it has to offer for me and my family and my kids.

"I just want to be happy again playing footy."