Bulls aware adaptable WP will be a tough nut to crack 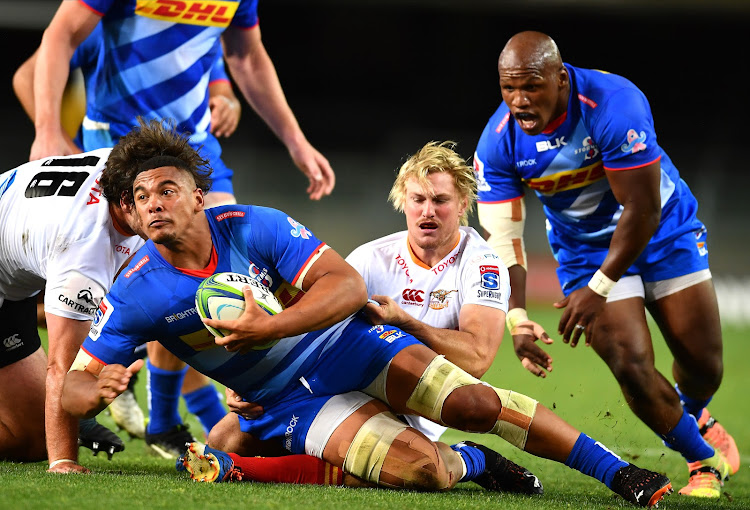 Juarno Augustus of the Stormers during the Super Rugby Unlocked match between DHL Stormers and Toyota Cheetahs at DHL Newlands on November 14 2020 in Cape Town.
Image: GALLO IMAGES/ ASHLEY VLOTMAN

The Bulls will arrive at Newlands four points ahead of Western Province in first place on the Currie Cup log, thanks to points carried over from the Super Rugby Unlocked series.

The Stormers (now playing as WP in the Currie Cup) were denied an opportunity to gain full points from their final Unlocked series match against Sharks.

That game was cancelled because of a Covid-19 outbreak in the ranks of the Durban-based franchise.

“We went through a period as a team where we weren't 100% sure how to play certain scenarios and what decisions to make,” Snyman said.

“I think those things have been sorted out and as a team we know exactly how we want to play.

“What excites me about this team is that we can adapt.

There is added significance to Saturday’s north vs south showdown because it could be the final time the teams meet at Newlands.

WP, who are shifting their headquarters to the Cape Town Stadium in 2021, want to give the historic stadium a grand send-off hosting the Currie Cup final on January 23.

“It's going to be a big game and potentially the last Western Province vs Blue Bulls game at Newlands,” Snyman said.

“Obviously, we were disappointed our final Vodacom Super Rugby Unlocked game against the Sharks was cancelled.

“But we are looking how we can develop as a team.

“It will be the same process before we face the Bulls.

“WP want to ensure that we take a step forward every single time we get onto the training field and playing field.

“It's a huge game against the Bulls but it's also a long-term development for us as a team going into a possible Currie Cup semifinal and final, later in the season.”

After losing 39-6 to the Bulls in Pretoria last month, WP scored decisive wins over Griquas and the Cheetahs at Newlands.

“Before the Sharks game was called off, we felt we started to get momentum as a team and obviously if you keep playing as a unit then you're just going to get better.

“But it's out of our control, there's nothing we can do about it. Now we just need to focus on what we need to do against the Bulls.

Snyman said WP had been buoyed by the victories over Griquas and the Cheetahs.

“It was almost like playing two types of games.

“I was pleased that we could execute.

“In Kimberley we wanted to open up the game and at Newlands it was more like a Test match.

“We knew we had to defend well because the Cheetahs can attack.

“But we also wanted to put them under pressure and open them up.

“There were some good signs.”