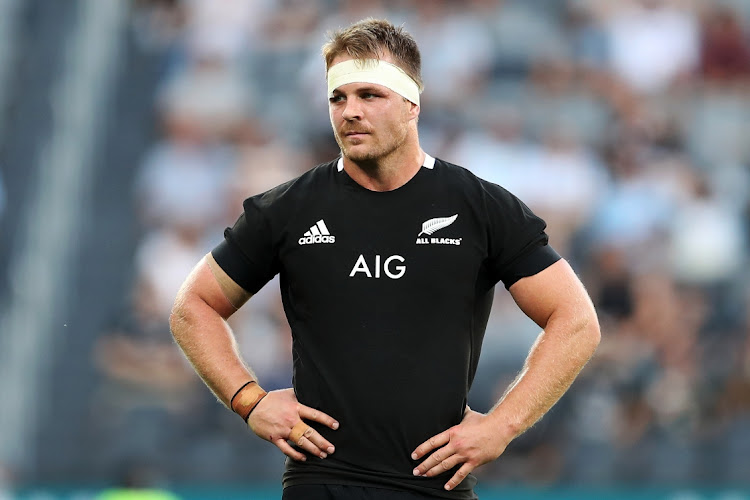 Sam Cane of the All Blacks after the Tri-Nations loss to Argentina at Bankwest Stadium on November 14, 2020 in Sydney
Image: Brendon Thorne / Getty Images

New Zealand captain Sam Cane has fired back at critics of the team's recent performances, his captaincy and coach Ian Foster after they lost their second successive match in the Tri-Nations, and first ever to Argentina, last Saturday.

The All Blacks were beaten 25-15 by the Pumas in Sydney, a week after a 24-22 loss to the Wallabies in Brisbane and were greeted by a cavalcade of criticism from rugby-mad New Zealand.

Cane, however, said the brickbats were unfounded and that few people really knew what the team was going through.

"I think we've got amazing fans, but we've also got some pretty brutal ones," Cane told Sky Sports.

"With that, you've just got to remind yourself that, 'Hey, they might like to think they know a lot about the game of rugby, but really they don't'.

"They may know the game from what they see in the 80 minutes, but they don't see a lot of the stuff that goes on behind the scenes."

Cane was appointed captain this year and while he had led the team on three earlier occasions and skippered the Waikato Chiefs in Super Rugby, he has failed so far to have the same impact as his predecessors Kieran Read and Richie McCaw.

The team were also goaded into several displays of ill-discipline in the last two games, which has only amplified the questioning of his leadership.

"To me, if I am having my leadership questioned in public, people's opinions that really matter to me are my teammates and my coaches, who I work with every single day," Cane said.

"I've got a lot of confidence from them we're on the right track.

"For us as a team, it certainly doesn't help if we're spending our time online reading hateful, disrespectful comments."

Meanwhile, Australia flyhalf James O'Connor is set for another week on the sidelines after suffering a foot injury, the team said on Wednesday.

Utility back Reece Hodge, who was instrumental in the 24-22 win over the All Blacks in Brisbane, is now likely to hold on to the starting number 10 shirt for Saturday's Tri-Nations match against Argentina in Newcastle.

O'Connor was expected to be available after recovering from a knee problem suffered against the All Blacks at Eden Park.

But a team spokesman confirmed he would miss the Pumas game, sparing coach Dave Rennie a selection headache.

Prop James Slipper will also miss out after sustaining an elbow injury in the Brisbane win over the All Blacks.

The loosehead's spot is likely to be filled by Scott Sio or one-Test rookie Angus Bell.