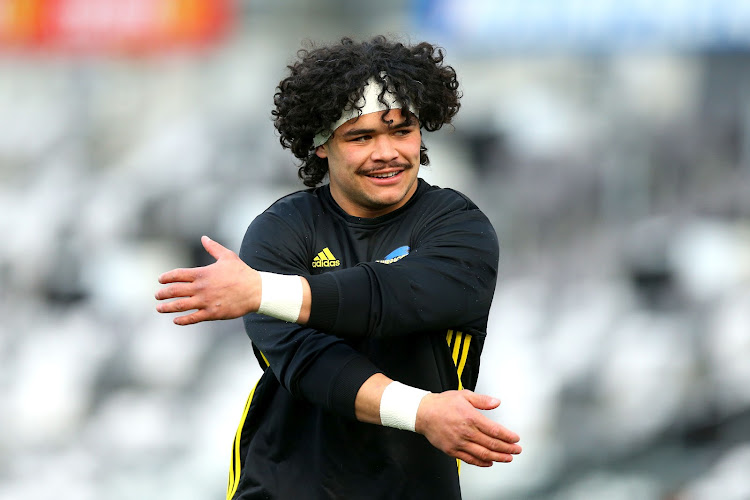 Foster flagged last week that some players might return to New Zealand before the end of the Tri-Nations, depending on injuries.

"Because of the unique challenges of the tournament, with a number of Test matches over consecutive weeks and the ever-changing world of Covid-19 quarantining, we brought a bigger squad than normal to Australia," he said in a statement on Monday.

"But we had always intended to send a few players back at this stage of the tournament.

"The advantage for the three players heading home is that they will get an extra two weeks of pre-season training and return to their Super Rugby clubs early."

Tu'ungafasi was banned for three matches after receiving a red card for a high tackle on Australia winger Tom Wright during the All Blacks' 24-22 defeat in Brisbane earlier this month.

Loose forward Kirifi and midfielder Umaga-Jensen were brought into the squad as injury cover.

The All Blacks were humbled 25-15 by the Pumas in Sydney on Saturday, their first ever loss to the South Americans, who had not played a Test in over a year.

The New Zealanders now have a week off before their final match of the Tri-Nations against Argentina in Newcastle on November 28.

The All Blacks' back-to-back defeats against Australia and Argentina triggered calls for Foster's sacking in New Zealand newspapers on Sunday.

The opprobrium continued on Monday, with media pundits declaring the All Blacks in "crisis". Under Foster, the world's most successful sporting team has played five matches, winning two, losing two and drawing one.

"If Foster was in New Zealand he wouldn't be able to step out of his car without someone either giving him a quizzical look, or a mouthful, about what unfolded in Sydney," wrote one on local news website Stuff.