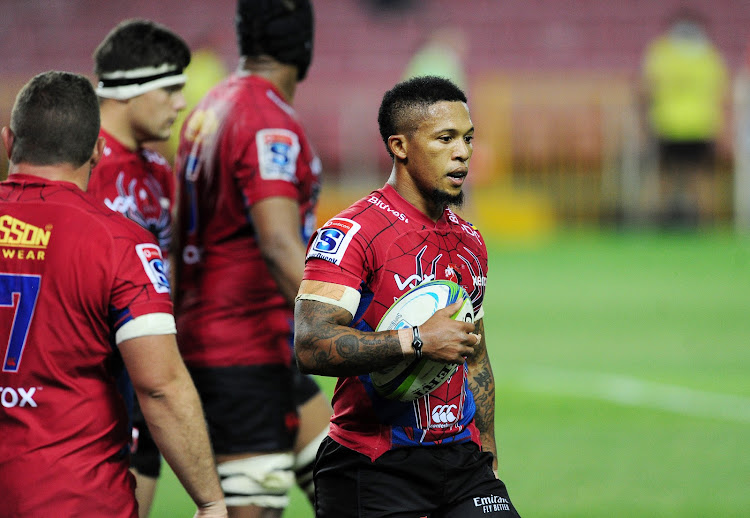 Despite their lowly log position in Super Rugby Unlocked‚ Lions captain Elton Jantjies has hailed his team's performance on defence.

The Lions rank fifth on the points table having registered just one win‚ but they've completed the most successful tackles in the competition with lock Marvin Orie and loose forward Len Massyn first and second in the individual count.

“It is tough to put your head in certain areas‚ consistently. That is what the boys have been doing the last four‚ five weeks. To go for people's knees the whole time is a tough thing to do. That shows the character of the boys. That is a massive boost for me‚ to see that‚” explained Jantjies.

Coach Ivan van Rooyen is also enthused by what he's seen when his team doesn't have the ball.

“We did tinker with a few things since the start of the year. The most important thing is we've had buy-in from the players. They've been prepared to work hard and put their bodies on the line. We are proud of that‚ although it hasn't brought more wins. There is growth‚” said the coach.

In fact‚ the Lions feel the three matches they've lost could have gone the other way.

“Our primary phase play is getting better‚ our attack and defence is also getting better. The players are in a good place mentally.”

Despite all that positivity‚ they will seek improvement when they conclude their Super Rugby Unlocked commitments against the Pumas at Ellis Park on Saturday.

Van Rooyen has made several changes to the team that lost to the Bulls with tighthead prop Ruan Dreyer and locks Willem Alberts and Reinhard Nothnagel new starters in the pack.

Ross Cronjé and Tiaan Swanepoel will start at scrumhalf and fullback for the rested Morne van den Berg and the injured Gianni Lombard respectively.

“Some changes were niggles‚ others were rotation‚” said Van Rooyen.

“Morne has had an unbelievable four‚ five weeks and it is time for Ross and Andre (Warner) to get an opportunity.”

He explained EW Viljoen only joined training this week and was not fully up to speed to be seriously considered for selection. “We felt Tiaan and Divan (Rossouw) have been training well. We didn't want to rush him back into the game‚ we'll back the system.”