Stormers have not abandoned hope of winning Super Rugby title 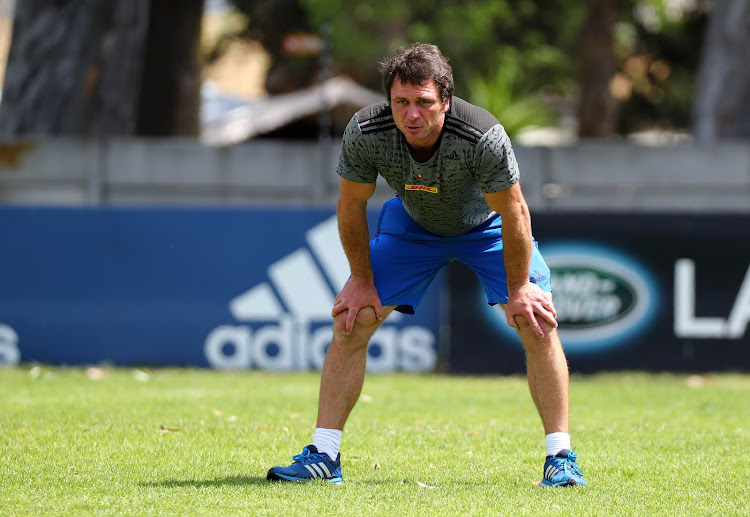 While the Currie Cup is their ultimate prize this season‚ the Stormers have not yet abandoned hope of winning the Super Rugby Unlocked title.

Having to play four away matches and only two at home in Super Rugby Unlocked‚ the dice was always going to be loaded against the Stormers. But that scenario will switch around in the Currie Cup.

That is where they see their most likely success.

Their prospects of winning the title hangs by the thinnest threads with the Bulls likely to take the inaugural crown should they beat the Pumas in their final league match at home.

The Stormers have to win with a bonus point this weekend at home against the Cheetahs and repeat the feat away to the Sharks next weekend to stand a chance of catching up with the Bulls.

Even then they will need the Pretoria side to trip up.

Somehow though‚ there is still some bullishness in the Cape.

“I think any team can win on any given day‚ so the competition is far from over. I wouldn’t say that it is just a case of us accepting that the Bulls have won Super Rugby‚” said Norman Laker‚ the Stormers' defence coach.

Part of Laker's defence was the capricious nature of the Super Rugby Unlocked. Even the powerful Bulls came up short away against the Cheetahs early in the competition.

“The season has been very unpredictable. The Griquas nearly beat the Bulls in the opening game‚ the Pumas took 60 against the Cheetahs and then beat Griquas in Kimberley‚ which isn’t easy to do‚ and then came close to beating us in Nelspruit.

"So you can’t say the competition is over‚ the Bulls still have to play the Pumas‚” reminded Laker.

It is also perhaps worth noting that apart from the teams' fluctuating fortunes in Super Rugby Unlocked‚ some matches came to an unconventional conclusion.

The Lions and the Cheetahs had to share two log points each because the match never took place as a result of a mini Covid-19 outbreak in the Lions' camp.

The Stormers will also recall‚ not so fondly‚ that their match against the Bulls came to a premature end as a result of a thunderstorm that was closing in on Loftus Versfeld.

The Bulls had by then secured the result 39-6 to the good.

Laker conceded that the Stormers still face a tall order and need some luck if they are going to deny the Bulls the title.

“While it would be easy to say the Bulls are on the road to the title‚ there can still be an upset.

"At the same time‚ we still have to play the Cheetahs and the Sharks in our final two games‚ so we are not looking at the log at the moment‚ we are just focusing on improving our performances week by week.”