EP's Stubbs smashes 72 as Proteas go down in opening T20 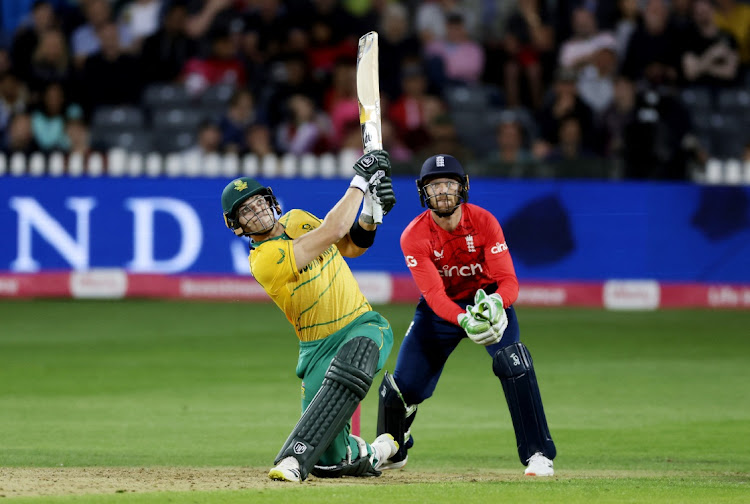 A thrilling first international innings by Tristan Stubbs was not enough for the Proteas as they slipped to a 41-run defeat in the opening T20 International of their three-match series against England at the Seat Unique Stadium in Bristol on Wednesday.

In an entertaining affair in the southwest, the hosts batted first and amassed a record total of 234 for six after the tourists won the toss and bowled in an innings that included 20 sixes.

The tourists then lost key wickets early on in the chase with only Reeza Hendricks (57 off 33 balls, 9 fours, 1 six) shining as they looked to be heading for a big defeat.

But EP star Stubbs, who made his international debut against India in the previous T20I series in the subcontinent where he did not get to bat in the two games he played, showed remarkable boundary-hitting ability as he clubbed eight sixes and two fours in an electrifying 72 off only 28 balls.

Along the way, the Grey High batsman recorded the second quickest T20I half-century ever for SA but eventually perished with the run rate skyrocketing leading to the Proteas finishing on 193 for eight.

It was nonetheless a good effort by Mark Boucher’s side and they will have the chance to make immediate amends when they face the home side in match two of the series in Cardiff on Thursday.

One area where they will be desperate to improve in will be in the field where they let themselves down by some poor catching, which allowed the England total to bulge more than it should have. Only Lungi Ngidi impressed with a good return of five for 39, his maiden career five-wicket haul, with most of the others disappointing.

The red-hot Jonny Bairstow was put down more than once in his innings of 90 off 53 balls (3 fours, 8 sixes), with Moeen Ali slamming 52 off 18 balls (2 fours, 6 sixes). The latter’s innings saw him post the fastest 50 ever by an Englishman on the international stage.

Set a record chase of 235, the Proteas lost star man Quinton de Kock (2) and the returning Rilee Rossouw (4) inside the first two overs, before Hendricks and Heinrich Klaasen (20) got the innings going.

After both fell in quick succession, Stubbs began to pick up the pace with stand-in captain David Miller (8) willing him on from the other end.

Once the skipper went, the fit-again Andile Phehlukwayo (22) picked up the baton and kept turning over the strike, allowing for 19-year-old Stubbs to reach his 50 in only 19 balls.

But the 18th over of the chase turned out to be key as Chris Jordan conceded only three runs to end all hope and Stubbs then departed at the start of the penultimate over handing England first blood in the series. — Cricket SA