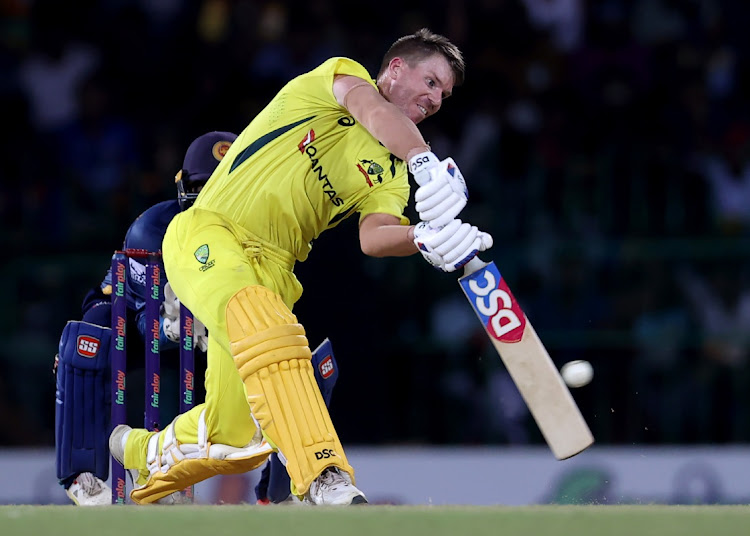 David Warner of Australia bats during the 4th match in the ODI series against Sri Lanka at R. Premadasa Stadium on June 21, 2022 in Colombo
Image: Buddhika Weerasinghe/Getty Images

Australia opener David Warner said the “extreme” spinning pitches in Sri Lanka during their one-day international series defeat provided them with the ideal preparation for their upcoming Test matches.

The hosts beat Australia by four runs in the fourth ODI in Colombo on Tuesday to take an unassailable 3-1 lead in the five-match series.

Sri Lanka went into the match with four front-line spinners and no specialist seam bowler on a wicket that had been used during Sunday's third match.

Warner, who fell on 99 during Australia's chase, said the spin was “bit more extreme” but nothing that the touring side had not expected or not prepared for.

“These wickets are challenging,” he told reporters.

“We were always expecting turning wickets and it's fantastic preparation for us. We absolutely love the fact that they're playing on the wickets back-to-back, that's what we want, we can't get that practice in the nets — the nets are green.

“For us it's great practice out in the middle there with these dust bowls. It's going to be exciting come the Test matches in Galle because we know what we're going to get there.”

The final 50-overs match will be played on Friday before the two sides kick off a two-Test series from next week.

Spin-friendly pitches in the subcontinent pose a big test for batters of touring sides who have grown up playing on hard, bouncier surfaces.

“This is extreme spin, you don't usually see these types of wickets, you only see them here,” said the 35-year-old Warner, who regularly features during the Indian Premier League.

“India is completely different, they're actually good wickets and they turn day three and four. It's about being busy — I remember playing in Dhaka, that was one of the worst wickets I've ever played on, and I made a hundred.” — Reuters