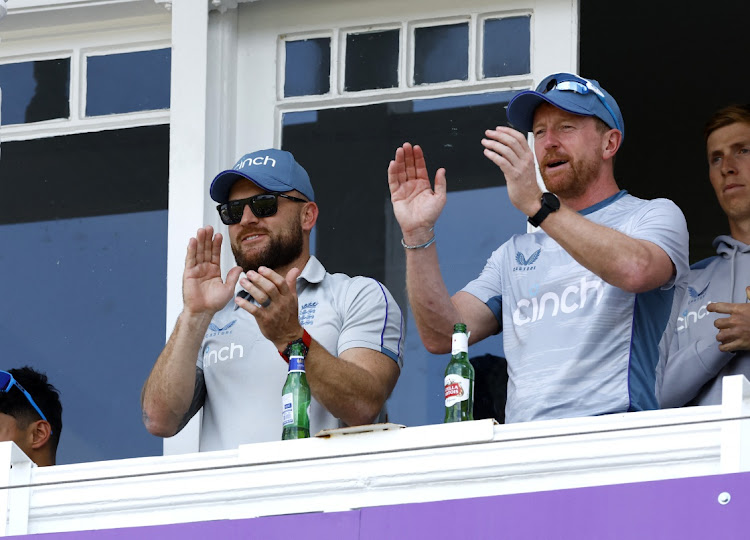 England's new coach Brendon McCullum has already had a telling affect on the side with players being urged to adopt an attacking mindset and to “run towards the danger”, veteran bowler Stuart Broad said.

England chased 299 in 50 overs on the final day of the second Test against New Zealand at Trent Bridge on Tuesday to win by five wickets and clinch the three-match series.

The series is England's first under former New Zealand captain McCullum, who took over as coach last month after the exit of Chris Silverwood.

Broad said “Baz” McCullum had already made a difference.

“It does feel really fresh and exciting in the changing room,” said Broad. “It's a very positive language. It's very forward-thinking, all about how to move this game forward.”

England's attacking performance was in contrast to their approach against the same opponents at Lord's a year ago, when they did not even attempt to take on a final day target of 273 and settled for a draw.

“This is no dig but at tea, when we were four down with the game in the balance slightly, I've certainly been in changing rooms in the past where that would be shut up shop time,” Broad said.

“Baz's team talk was very much, 'let's attack the danger; let's run towards the danger', so every part of your mind is about going for this win.

“It was never really a case of, 'if we lose one we might shut up shop'. It was always 'we're going to win' and if it doesn't work, don't worry about it.”

England will look to complete a clean sweep when the third Test gets under way at Headingley on June 23. — Reuters