Miller plans to light up India 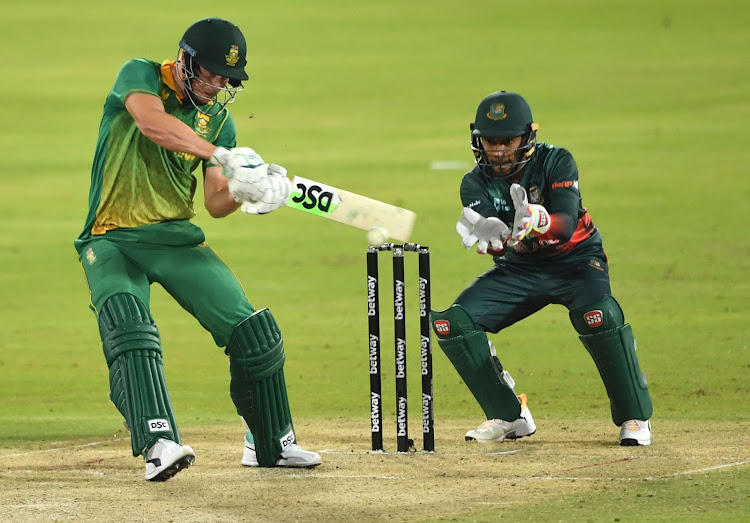 TOP OF HIS GAME: David Miller during the first ODI match between SA and Bangladesh at SuperSport Park in March.
Image: GALLO IMAGES / LEE WARREN

He comes off the back of a sensational campaign in the Indian Premier League, where he played a leading role in guiding the Gujarat Titans to glory in their debut season in the popular competition.

Despite resting some of their key players, Miller said India would still pose a huge challenge.

“Over the last couple of years, due to the IPL, India has a lot of depth [in their ranks], very experienced players, and dealing with a lot of pressure in the IPL will certainly help them in international cricket.

“We know they don’t have their strongest team, but they are a serious team nonetheless, with some serious match-winners.

“It is going to be a challenging series and we are well aware of that.

“We have built a nice squad in the last year and a half, the guys understand their roles a lot better.

“So we just need to iron out a few things and get back to where we were winning matches and take confidence from that heading into the World Cup later this year.”

Miller said while it had been tough managing the high workloads in recent months, he was looking forward to doing battle in India again.

“It has been quite challenging, two months of IPL kept me quite busy with a lot of games, but I have been working really hard over the last couple of years on the physical side of things,” he said.

He sees his role as a senior player to share his knowledge with the new crop of players coming through the system.

“I just see myself as someone who can bring that calming effect, create that calmness in the change room, clarify a few things with the younger guys as to what they need to do and just build those relationships,” he said.

Captain Temba Bavuma said having Miller back in the squad, especially after his exploits in the IPL, would add strength to their ranks.

Miller said: “It is a nice feeling to know that having been at the IPL for so many years, I can impart that knowledge to Temba and the rest of the team.

“But in saying that, there are other guys who have also played in the IPL.

“So as a team we have a lot of experience in the change room at the moment,” he said.

Miller, who is the most capped Proteas player in the current T20 squad, said while it was always an ambition to play for SA, he never thought he would play as many games as he had.