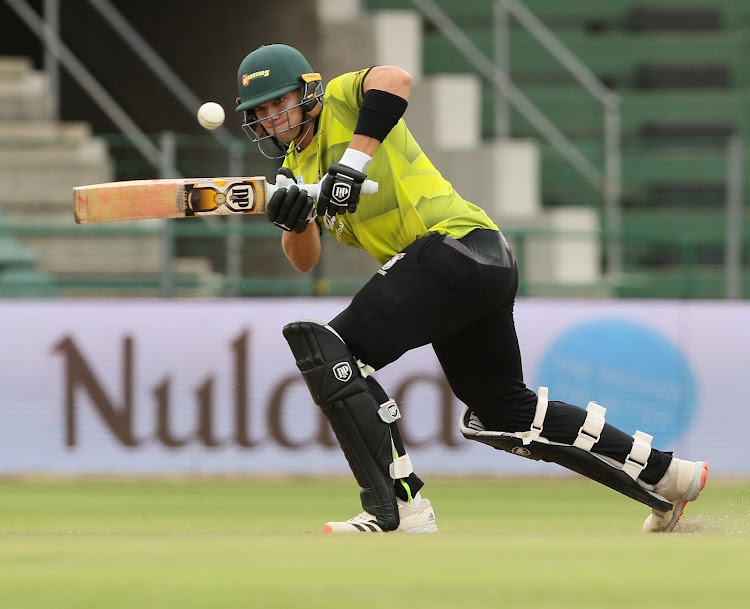 MOVING UP: Gbets Warriors batsman Tristan Stubbs will be eager to impress earning a maiden senior call-up to the Proteas squad who will face India in a five-match T20I series in June
Image: RICHARD HUGGARD/GALLO IMAGES

Gbets Warriors batsman Tristan Stubbs will be keen to show what he is made of after earning a maiden Proteas call-up for the five-match T20I series in India in June.

The explosive middle-order batsman, who is currently on the roster of five-time Indian Premier League champions  Mumbai Indians, is one of three Warriors players to be named in the squad.

Temba Bavuma’s men make a return to international cricket for the first time since the ICC T20 World Cup in late 2021 and will be raring to go in the highly anticipated contest.

Stubbs, who only made his T20 debut for the Warriors  two seasons ago, has seen a considerable rise in his stocks in the last 24 months.

The 21-year-old  right-hand batsman, who impressed this past season while playing for the Warriors in the CSA T20 Challenge, scored 293 runs in seven innings, at an average of 48.83 and a strike rate of 183.12, including 23 sixes.

He was also part of the SA A team who triumphed in a 4-1 T20 series victory over Zimbabwe before he was called up to the Mumbai Indians camp.

Stubbs’s fellow Warriors teammate Anrich Nortjé, who has been recovering from injury since December 2021, and batters  Reeza Hendricks and Heinrich Klaasen all make their return to the Proteas squad.

Nortje was medically cleared for action and is   working through his retun-to-play programme while playing for the Delhi Capitals in the IPL.

Wayne Parnell also makes a welcome return to the T20 set-up for the first time since the team’s tour to England in 2017.

“This is the Proteas like we have not seen them in a long time,”   CSA convener of selectors Victor Mpitsang said.

“Tristan Stubbs is an exciting prospect and we’re keen to see what he’s made of and we are looking forward to the return of the experience of Reeza, Klaasie (Heinrich Klaasen) and Wayne Parnell to join the likes of Temba, Tabraiz and Keshav."