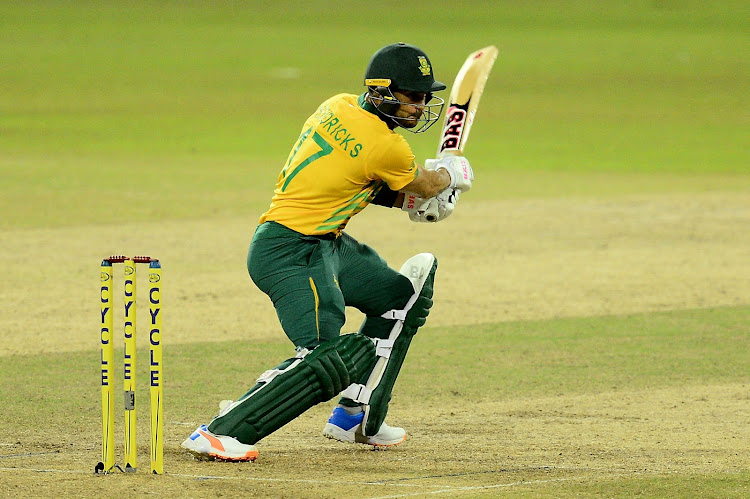 Proteas batsman Reeza Hendricks showed the fire in his belly still burns brightly after his century powered SA's A side to a commanding series win over Zimbabwe on Tuesday.

The visitors lost just two wickets in Wihan Lubbe (21) and Ryan Rickleton (47), on their way to an above-average 212 in their 20 overs.

In reply, the hosts chalked up a measly 120 in their allotted overs, losing nine wickets in the process as Junior Dala (3-19) and Glenton Stuurman (3-23) ripped through the heart of the Zimbabwe batting line-up.

“Going into the fifth T20, we played on a used wicket, it was important for myself and Wihan to assess,” Hendricks said.

“We adapted to the conditions nicely, setting it up in the first six. Ryan Rickelton then came in and continued where Wihan left off.

“We had a good partnership in the middle.

“It was important to bat and take it as deep as possible, that is where fun was had, in the back end of the innings, in the last four overs where I was a set batter and could take it on,” the Lions batsman said.

Hendricks ended the series as the top scorer with 194 runs which included his fourth T20 ton as well as a half-century and an average of 64.66.

Stuurman was the best wicket-taker on the bowling front with 10 dismissals, while Bjorn Fortuin and Gerald Coetzee finished with nine and eight wickets  respectively.

Hendricks, who won the player-of-the-match award for his exploits in the final encounter, said it gave all the players a great deal of confidence in that they were able to claim series wins in both limited-overs formats.

“That brings a close to the end of our tour here.

“Looking back, we started with three ODIs, we played really well along with the five T20s, I said it was a real success.

“Different individuals put up their hands with good performances, we competed and played really good cricket, so coming here and winning both series is pretty special.

“We came here with the intention to win both series, and we did that with a few good performances from various individuals.

“Credit to Zimbabwe, they played good cricket too, but unfortunately there had to be a winner and it happened to be us,” Hendricks said.