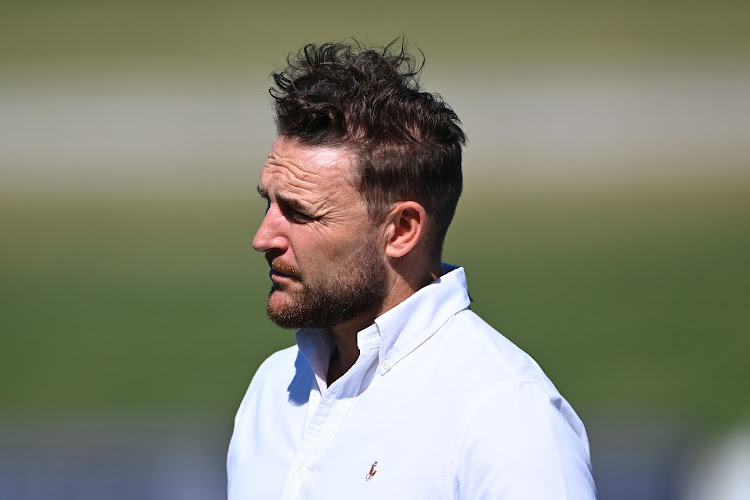 Former New Zealand captain Brendon McCullum is a contender to take over as England Test coach, the BBC and other British media reported.

Chris Silverwood left the role in February in the aftermath of their 4-0 Ashes defeat in Australia, with Paul Collingwood named as caretaker.

The England and Wales Cricket Board then invited applications for separate Test and white-ball coaches.

The reports said 40-year-old McCullum, who is now in charge of Indian Premier League side Kolkata Knight Riders, was keen on taking the job and that an announcement was expected this week.

Former SA and India head coach Gary Kirsten has been linked with the role, while Collingwood was also considered a candidate.

McCullum played the last of his 101 Tests at Christchurch in February 2016 against Australia, where he hit the fastest century in the format (54 balls), finishing his career with 6,453 runs including 12 tons and 31 half-centuries.

England last month unveiled New Zealand-born Ben Stokes as their new Test captain, hoping for a swift turnaround under the talismanic all-rounder after a tame end to Joe Root's five years in charge.

Meanwhile, Henry Nicholls will depart for England with the New Zealand squad this weekend but remains a doubt for the first Tests because of a calf injury, Black Caps coach Gary Stead said on Wednesday.

There were concerns that the 30-year-old middle-order batsman would miss the tour because of the training injury but scans revealed he had strained rather than torn the calf muscle in his right leg.

“While it's a positive that Henry hasn't torn the calf, the next two to three weeks are going to be crucial in terms of his recovery and subsequent availability for the Test series,” Stead said in a news release.

“Calves can be a challenge to rehab and we will need to minimise the risk of him re-injuring himself with any return to match action.

“Henry's obviously an important player for us at number five and we know he'll be doing everything he can to make himself available.”

Left-hander Nicholls has been a fixture in New Zealand's middle order for the last five years, averaging 40.38 with eight centuries in 46 Tests.

Stead said Nicholls was unlikely to play much part in tour games against Sussex and a First Class Counties XI which precede the first Test at Lord's from June 2-6. — Reuters