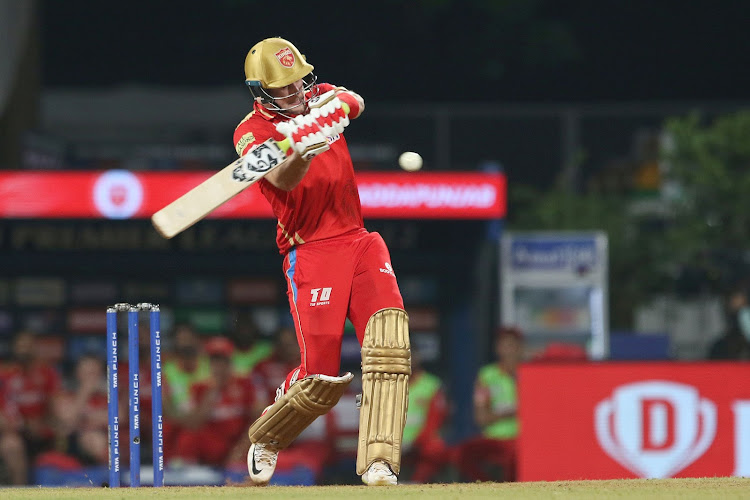 Liam Livingstone of Punjab Kings plays a shot in the TATA Indian Premier League match against the Gujarat Titans at the DY Patil Stadium in Mumbai on May 3, 2022
Image: Rahul Gulati / Sportzpics for IPL

Liam Livingstone smashed the biggest six in the Indian Premier League this season, a 117-metre effort, as his late cameo allowed the Punjab Kings to seal an eight-wicket win over leaders Gujarat Titans with four overs to spare on Tuesday.

Livingstone plundered 28 runs off the 16th over against Mohammad Shami, smashing three sixes in a row along with two fours, as Punjab made light work of the 144-run chase.

England batter Livingstone, the IPL's most expensive player this season, remained not out at 30 from 10 balls, having scored two from his first four.

According to ESPNcricinfo, the 28-year-old has hit three of the five biggest sixes this season, with Tuesday's monstrous 117m effort topping the list.

“I didn't think I was going to bat at one point tonight so it was nice to go in and hit a few out of the middle,” Livingstone said.

“We needed it after some bad cricket over the last couple of games so it's nice to turn it around.”

The win lifted Punjab from eighth to fifth in the standings and revived their playoff push, after three defeats in their previous four games.

Kagiso Rabada snared four wickets earlier as Gujarat were restricted to a below-par 143-8 before Shikhar Dhawan's 62 not out and 40 runs from Bhanuka Rajapaksa ensured Punjab were comfortably on their way to victory. — Reuters