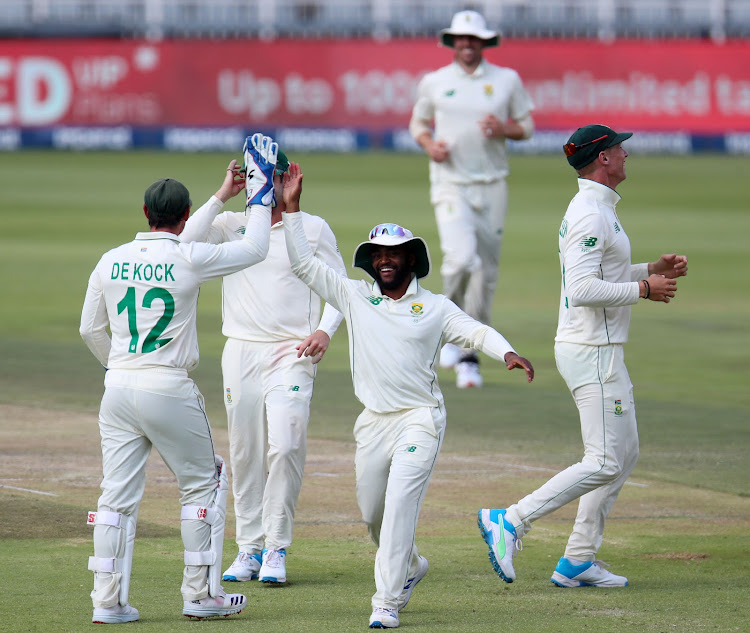 Proteas players will be in another bio bubble during the high profile series against India later this month.
Image: Muzi Ntombela/BackpagePix

Cricket SA (CSA) has announced the 21-man Proteas Test squad for the three Tests against India from December 26 to January 15 2022 with fast bowler Duanne Olivier returning to the side.

The series, which is part of the new cycle of the ICC World Test Championship, will be hosted at SuperSport Park in Centurion, Wanderers in Johannesburg and Newlands in Cape Town.

The national selection panel has gone with the same group that successfully toured the West Indies in June.

Senior players in the form of Kagiso Rabada, Quinton de Kock and Anrich Nortjé are back in the team and there is the reintroduction of Olivier who has returned to the SA domestic set-up after a prolonged stint in the UK.

Olivier’s last Test appearance for SA was in Gqeberha against Sri Lanka in February 2019.

The 29-year-old has made a strong return to the CSA Four-Day Series where he ended this year as the leading wicket-taker, eight scalps clear of second placed Simon Harmer.

Olivier has claim to 28 wickets in eight innings at an average of 11.14 and best innings bowling figures of 5/53.

In other team news, Glenton Stuurman and Prenelan Subrayen have also received nods back into the team while Sisanda Magala and Ryan Rickelton have received their maiden Test team call-ups.

“We as the selectors are excited for the return of Test cricket,” said CSA convener of selectors Victor Mpitsang.

“This format is very important to CSA and keeping it relevant and alive is one of the organisation’s priorities.

“We are really looking forward to the return of Dean Elgar and his men, it’s been a long few months since the last time we saw them dominate in the West Indies. We are confident in the team that we have selected and believe fully in backing the talent that we have unearthed and cultivated over the last couple of seasons and giving players the backing that they deserve when they have continuously done well over a significant period of time.

“This Test series is also important in terms of getting some points in the Test Championship table and we are confident that this group will pick up from where they left off and give us a good show on home soil.

“On behalf of the selectors, I would like to wish Dean (Elgar), Mark Boucher and the team all of the best for the next few weeks of what I’m certain will be really entertaining cricket,” concluded Mpitsang.