No holding back against Dutch, Shamsi says

Same approach whether we ‘play India, England, or the Netherlands’ 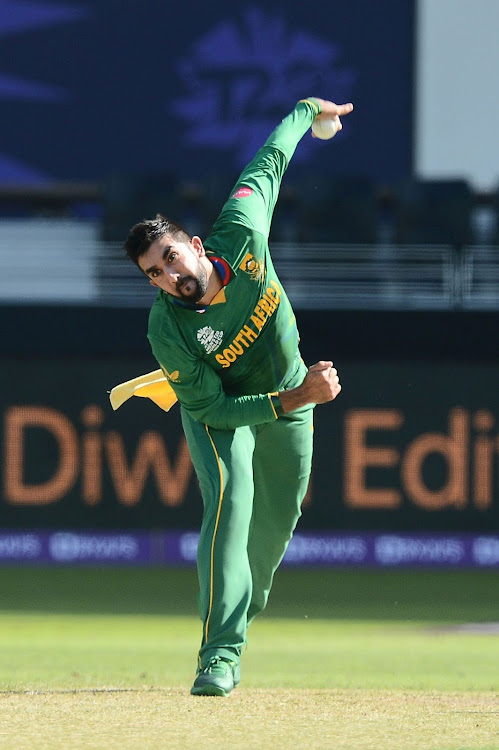 AFTER POINTS: Proteas leg-spinner Tabraiz Shamsi says the team will be going all out against the Netherlands in their three-match ODI series.
Image: GALLO IMAGES / ISURU SAMEERA PEIRIS

Proteas spinner Tabraiz Shamsi says the side will be up for a fierce challenge when they kick off a three-match one-day international series against the Netherlands at SuperSport Park on Friday.

Despite the Dutch being seen as a smaller nation in cricketing terms, Shamsi said their approach, which is to go out and win would not differ no matter who their opponents were.

The series will act as a curtain-raiser for the inbound visit of India, who will play three series across all formats in December and January.

“I don’t think much changes, whether we are playing India, England, or the Netherlands, because, for us, especially the way I see it, every game we play is an international game.

“From the chats we have had as a team, we won’t  look to change too much,” he told a virtual media  conference on Thursday.

“Whether we are playing an associate team or the bigger teams, I think it is another game of international cricket, another chance to win a game for your country.”

With a strong SA presence in the Dutch side, Shamsi feels both teams will be up for the fight with Cricket World Cup Super League points up for grabs.

“For us, we also need the points for world cup qualification, so it will be a good challenge because they will be up for the fight and so will we.

“We have so many new players in the squad and I feel it is a lovely opportunity for all of us to put in performances.

“We have just been prepping as hard as we can.

Asked if the resting of some senior bowlers as well as a few omissions due to injury or illness would see him assume a bigger role in the bowling attack, Shamsi said: “I don’t think my role will change.

“Even when those guys are here, we have specific roles. I have a certain role to play, not just with the ball but behind the scenes as well.

“Nothing changes for me, there is nothing I have to do differently, when I get the ball, I just have to try to do what I always do.

“Whether at that stage wickets are needed, I have to take wickets or bowl a cheap spell, then that is what I need to do,” he said.

The left-arm unorthodox spinner said their lack of competitive ODI cricket should not be of concern to fans as they are a young side who still needed some more game time as a unit.

“I speak about this new Proteas team that we have been building over the past year, there was a lot of focus on T20 cricket.

“We played a lot of T20 games and we have only played a few ODI matches against Ireland and then Sri Lanka.”