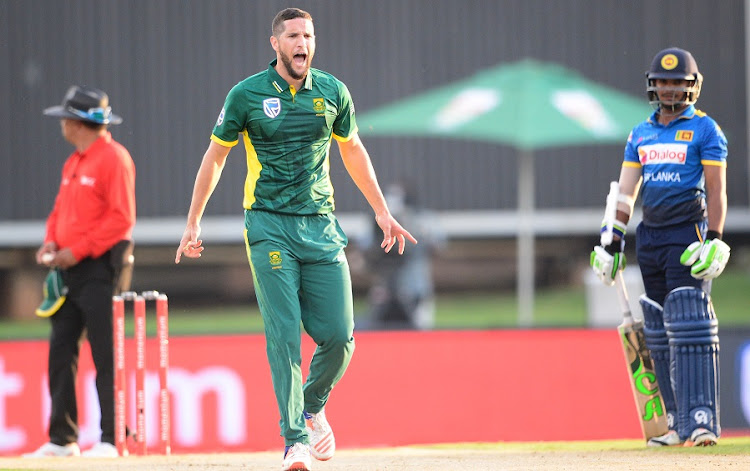 Proteas all-rounder Wayne Parnell is focused for now on the three-match ODI series against the Netherlands.
Image: Lee Warren/Gallo Images

As he prepares to take on the Netherlands in the three-match ODI series starting on Friday at SuperSport Park, all-rounder Wayne Parnell remains unsure of his Test cricket prospects.

Parnell, who is one of the senior players in the squad to face the Dutch minnows, has not retired from Test cricket but he is realistic about his slim chances of adding to his six Tests.

“I have not retired and I haven’t ruled it out (the possibility of playing Test cricket again) but at the same time I have to be realistic,” said Parnell who last played a Test match in 2017 against Bangladesh in Bloemfontein.

“I have played a handful of Test matches, but at the moment it is not really a format that I am much into. Also, whenever I was part of the Test set-up, I have been fifth or sixth in the pecking order. I am a lot older now and more realistic as to where I fit in.”

To return to the Test side, which is pretty much settled in all departments, Parnell needs to have honest discussions with convener of selectors Victor Mpitsang, coach Mark Boucher and captain Dean Elgar.

“I would appreciate the honesty from the relevant people to indicate to me where I am in the pecking order but my short-term goal is certainly white ball cricket. Wherever possibilities of playing Test cricket go, I will just have to cross the bridge when I get there but the main focus at the moment is these three ODIs against the Netherlands.

“If the white ball series against India becomes an option, it will be great but if not, because maybe I need to work on certain things, I will certainly take that on board.

“First thing will be having conversations with management and the relevant people to find out if this is plugging the gap every now and then when senior players are resting or, if I put in the performances, there is spot available.

“For now, I am just trying to ride the wave a little bit in terms of being back in the mix.”

Parnell explained that he took a Kolpak in 2018 to play county cricket for Worcestershire because he wanted stability and security for his young family.

“It was a tricky time. It was one year before the 2019 World Cup and I felt that I was still playing good cricket and I could potentially squeeze myself into that squad if I carried on playing in SA.

“But also at that particular time my wife was pregnant with our son and I just wanted to have more stability. I knew that for at least six to seven months of the year I would be in the UK and the rest of the year either in SA or playing in one or two T20 leagues around the world.

“That is the stability that the Kolpak route would offer me, that was the most eye-catching thing for me and I had lengthy discussions with my wife about it. Family for us is very important.

Parnell, who is a tried and tested ODI veteran with 65 matches under his belt, is back in the country and is enjoying sharing his knowledge with younger players at Western Province.

“Obviously once Kolpak ceased to exist because of Brexit, I had to rethink and I was lucky enough to find a new home here in Cape Town with Western Province which is brilliant because I live here.

“Coming to Western Province gave me the opportunity to come into the system again and try to help my younger teammates to develop and share some experiences with one or two guys who are kind of in the fringes of the Proteas team.

“Just try to make them understand what they need — when you play international cricket there is a lot more that goes into it than just runs and wickets.”