Rafiq expects floodgates to open after his racism revelations 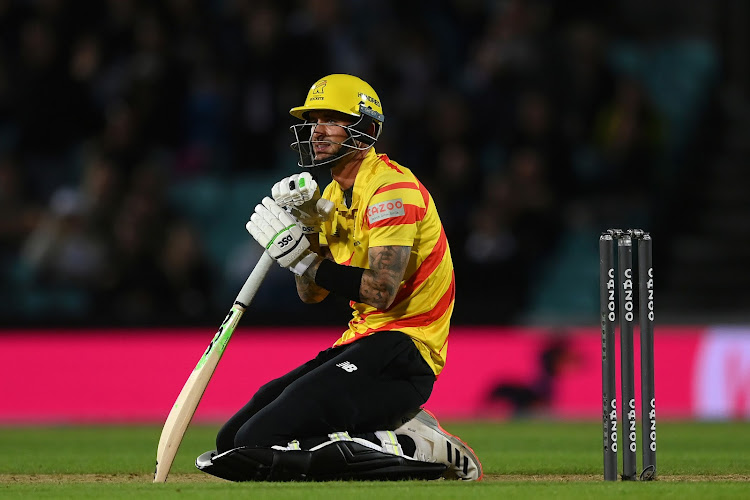 Former England batsman Alex Hales denied there was "any racial connotation" in the name of his dog "Kevin"
Image: Mike Hewitt/Getty Images

Former Yorkshire cricketer Azeem Rafiq said his revelations about racism in the English game may have opened the floodgates for further victims to come forward.

Rafiq told a British parliamentary committee this week he had suffered “inhuman” treatment in his time at Yorkshire and described the sport in England as riddled with racism.

“I do feel now it's going to be a little bit of floodgates and a lot of victims of abuse are going to come forward and we need to listen to them, hear them, support them and work out a plan to make sure this doesn't happen again,” he told Sky Sports television.

“I think you're going to get it (the complaints) into the hundreds and thousands, possibly, and I think it's the way they handle it. We've got here because of Yorkshire's handling of this.”

The Independent Commission for Equity in Cricket (ICEC), set up a year ago, said on Nov. 9 it had opened a call for evidence from the elite and grass roots game.

ICEC chair Cindy Butts told the BBC on Wednesday that more than 1,000 people had come forward to share their experiences.

Rafiq, the 30-year-old former England Under-19s captain who is of Pakistani descent and played for Yorkshire from 2008-14, said what happened next depended on cricket's response.

He doubted Yorkshire head coach Andrew Gale and director of cricket Martyn Moxon could continue in their roles at the county if Yorkshire were to move forward.

Yorkshire said last week that Moxon was off work with a stress-related illness, while Gale had been suspended for an alleged anti-Semitic tweet he sent in 2010.

The scandal has shaken English sport, cost Yorkshire sponsors and the right to host England internationals, seen the club's top brass quit, and embroiled some of the biggest names in English cricket.

Former England batsman Alex Hales denied there was “any racial connotation” in the name of his dog after allegations by Rafiq.

Rafiq told the parliamentary committee this week that former teammate Gary Ballance used 'Kevin' as a derogatory term and that Hales had given his dog that name because the animal was black.

“Having heard the allegations made against me, I categorically and absolutely deny there was any racial connotation in the naming of my dog,” Hales, who plays for Nottinghamshire, said in a statement.

“I entirely respect and have huge sympathy for both the stance Azeem Rafiq has taken and what he has had to endure. His evidence was harrowing.

“There is no place for racism or discrimination of any kind in cricket and I will gladly co-operate with any investigation the game's authorities choose to hold.”

Nottinghamshire said in a statement that, after Tuesday's testimony to the select committee, they had “commenced the appropriate internal process and will continue to liaise with Alex and his advisers accordingly.”

Meanwhile, former England cricketer Ebony Rainford-Brent revealed on Wednesday she had received hate mail with racist abuse where the sender had asked her to “leave our country”.

Rainford-Brent, the first Black woman to play for England when she made her debut in 2001 aged 17, shared an image of the handwritten letter on social media — two days after Azeem Rafiq gave damning testimony that catalogued racism in the sport.

The letter contained a number of expletives and asked the 37-year-old, 'Who invited you to my country?' and described her as “illiterate, primitive” and being found “naked in Africa”.

“Interesting ... Born in South London but apparently I was found naked in Africa as a primitive. Had some letters in my time but this one (is) up there,” Rainford-Brent wrote on Twitter.

Rainford-Brent played for England for nine years and was awarded the MBE in the Queen's birthday honours list earlier this year for her services to the sport and charity.