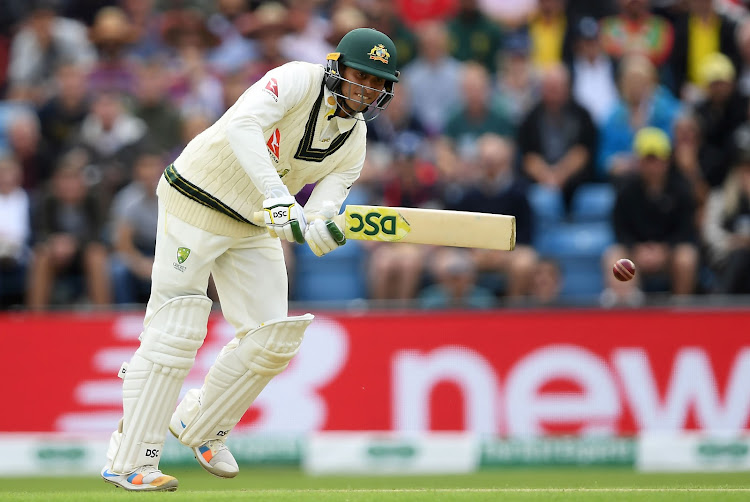 Batsman Usman Khawaja has been recalled to Australia's Test squad for the Ashes and will duel with Travis Head for the middle order spot vacated by Matthew Wade.

Khawaja, who has played 44 Tests, had been ignored by selectors since being dropped during the 2019 Ashes but the Queensland captain has made a strong case with back-to-back centuries in the Sheffield Shield last month.

Head played the last of his 19 tests against India in Melbourne's Boxing Day clash before being dumped mid-series.

The South Australia skipper had a brilliant start in the Shield season with a century and a double-century in consecutive innings but the runs have dried up in recent matches.

Selector George Bailey said one of the pair was a slight front-runner but declined to name him.

“We’re leaning towards one of them, but the whole purpose of naming a squad is to have a squad there,” he told reporters on Wednesday.

That could mean the pair are set for a shoot-out in the squad's three-day warm-up match in Brisbane from Dec. 1.

There were no major surprises in Australia's 15-man squad which covers only the Dec. 8 opener in Brisbane and the second pink ball Test in Adelaide.

Tim Paine's Australia were humbled 2-1 by India during the last home summer, triggering criticism of selectors for sticking with the same attack throughout.

Bailey said he wanted to encourage a “squad mentality” but was cagey about whether selectors planned to rest and rotate bowlers through the five-test series.

Marcus Harris will open the batting with David Warner but there was no place in the squad for Will Pucovski, who has struggled with concussion symptoms after being hit by a ball at training.

Bailey all but ruled out Pucovski playing any part in the series.

“I'd just love to see him playing a lot of cricket and really getting some confidence that he can put together a string of games.”

Skipper Paine has played no cricket since April and is coming back after surgery on a bulging disc in his neck but Bailey confirmed the wicketkeeper would be fit for the Gabba.