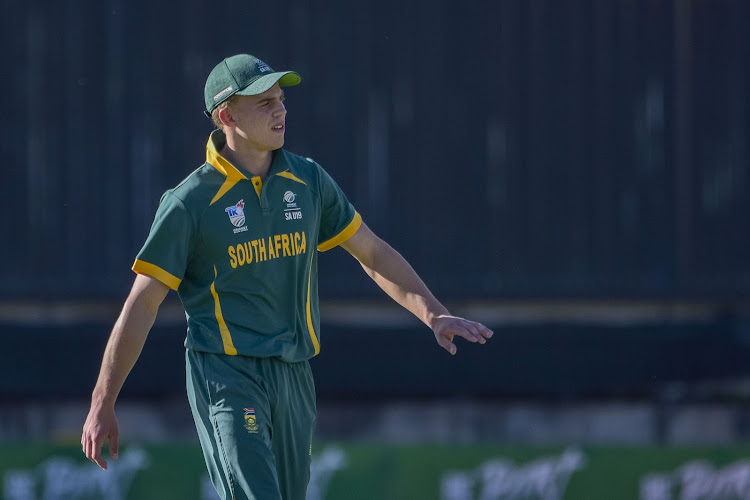 George van Heerden of Grey High will lead the SA squad at the ICC U19 Cricket World Cup hosted by the West Indies between January and February 2022.

The junior Proteas will also take part in a pre-World Cup bilateral tour against the host nation in December to finalise the team’s preparations for the global showpiece.

Brevis impressed local cricket fans with an explosive knock, likened to those of AB de Villiers, in the recent CSA Provincial T20 Knockout competition, while Tsaka maintained a notable economy rate of 6.42 with ball in hand.

“We have a lot of exciting players in our group, and I am certain they will be led well by George van Heerden,” head coach Shukri Conrad said.

“I want us to have the courage of our convictions.

“Have the courage to play the way we have practised, to follow the philosophy that we have set out and, hopefully, we can adapt, depending on what conditions are prevalent in the West Indies, both on the tour and in the World Cup.

“The World Cup is the priority, but we also have a series to the West Indies that we’d like to win.

“It is also great preparation for the boys. I would like to see our boys continue the work.

“We still have a bit of work to do before we get there and once there, to go out and have the courage to play the way we want to play.

“Ultimately, I believe if we do that enough, we will be victorious.

“We are certainly not going there as a side who want to just compete, or a side just thrilled to be there.

“We want to not only give a good account of ourselves, but also get into the play-off stages and win tournaments.

“That’s a long way away, but if we follow the building blocks, we will be all right.”