No regrets for optimistic Stead after NZ fall short again 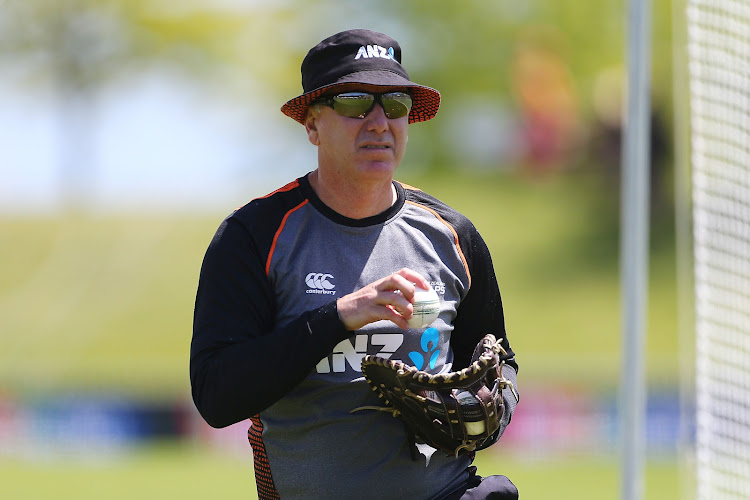 Coach Gary Stead said he had no regrets after seeing New Zealand lose in the final of a white-ball World Cup cricket final for the third time in six years and remains confident the Black Caps can savour success in the future.

Sunday's eight-wicket thrashing by Australia in the Twenty20 World Cup final followed losses to the Australians and England in the finals of the 50-overs World Cup in 2015 and 2019 respectively.

But while the Black Caps were on the receiving end of a heavy loss in Dubai, Stead felt his team had reached the final against expectations.

“I don't regret anything,” he told reporters from Dubai. “To make the final in itself is a huge achievement for the team and it's something that I'm personally very proud of.

“I think there's a lot of other people that had England and India in the final right from the start, so I think Australia will be proud of their efforts as well.”

Kane Williamson's 85 runs off 48 balls powered New Zealand to 172 for four but a second-wicket stand between David Warner and Mitchell Marsh steered the Australians towards victory.

“At the halfway stage when you score 172 in the final you think you're in with a good chance,” said Stead.

“I felt we batted exceptionally well those last 10 overs. Kane was sublime really. The way he hit the ball was incredible to watch. It was a master class really.

“But unfortunately that was matched up by Warner and Marsh ... and we just didn't get the breakthroughs we needed to apply enough pressure on Australia throughout the whole innings.”

New Zealand will have less than a year to wait for another shot at the title with the next edition of the T20 World Cup due to be played in Australia in October and November 2022.

Stead, though, is buoyed by the mix of youth and experience in the current squad.

“We had seven players who were in their first ICC world tournament at this one out of the 16 that were here, so nearly half our group were here for the first time,” he said. “I think that's exciting for us.

“We obviously have some very experienced campaigners as well, but the thing that excites me is that there's a youthful look that is still coming through our group.

“I know they will learn and they will certainly rise to what the challenges are and understand what it means to play in those very, very big matches.

“I think that's exciting for us in the long run in terms of the depth that we are building.” — Reuters