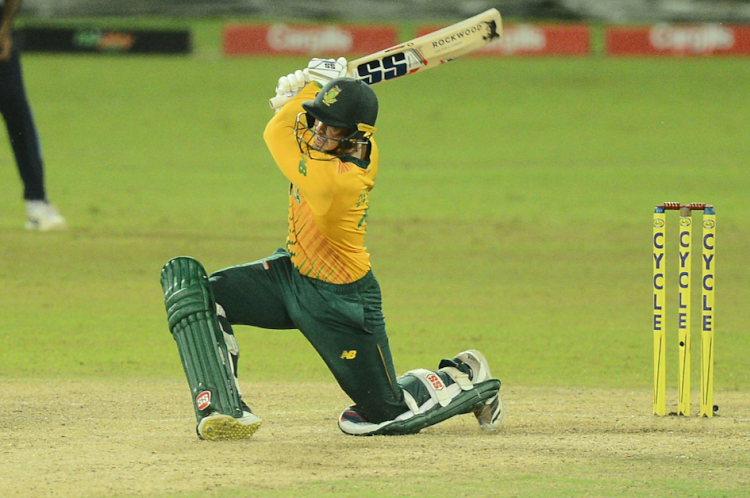 Scores have reacted to cricketer Quinton de Kock's decision to withdraw from the T20 World Cup match against the West Indies after refusing to take a knee in support of the Black Lives Matter movement.

On Tuesday, De Kock withdrew after refusing to follow a directive instructing all players to take a knee in support of the movement.

Cricket SA (CSA) ordered all players at the tournament to take part in the antiracism gesture.

“Taking the knee” is the global gesture against racism adopted by sportspeople across sporting codes.

In response to De Kock’s move, CSA said it had noted his decision and the next move would be determined by the report from team management.

“CSA has noted the personal decision by SA wicketkeeper Quinton de Kock not to ‘take the knee’ ahead of Tuesday’s game against the West Indies‚” read the CSA statement.

“All players had been required‚ in line with a directive of the CSA board on Monday evening‚ to ‘take the knee’ in a united and consistent stance against racism.

“After considering all relevant issues, including the freedom of choice of players, the board had made it clear it was imperative for the team to be seen taking a stand against racism, especially given SA’s history.

“The board’s view was that while diversity can and should find expression in many facets of daily lives, this did not apply when it came to taking a stand against racism.”

This is not the first time De Kock refused to take the knee.

He refused to kneel when SA played West Indies earlier this year, saying at the time that his reasons were personal.

While other players took the knee, De Kock stood with his hands behind his back during the show of solidarity.

“My reason? I'll keep it to myself. It's my own, personal opinion. It's everyone's decision; no-one's forced to do anything, not in life. That's the way I see things,” he said.

Quinton De Kock will not hesitate in showing solidarity for Rhinos, but for a human race that has been subjected to slavery, racism, apartheid and is still discriminated, dehumanised they cannot. It suddenly changes from a human rights issue to a political matter.#quintondekock pic.twitter.com/z4Uk4nGIqI

Quinton de Kock is showing the world what kind of people we have to deal with here in SA.

Quinton de Kock being so committed to not being anti-racist that he’d rather not play for his national side than take part in the anti-racism gesture is very telling of him as an individual, rightly called out by the commentators early on too, excellent from Pommie and Sammy.

I fear we haven't heard the last of the de Kock issue. I won't be surprised if we don't see him in a Protea shirt again.

They say actions speak louder than words, and Quinton de Kock has spoken into a megaphone today. Disappointing

IF Quinton de Kock has made himself unavailable for this #T20WorldCup match against the West Indies because players have been instructed to take the knee, then he must be withdrawn from the squad immediately. pic.twitter.com/nWzTjKI3Ei

The only sign or symbol that you will see from Quinton de Kock is for the Rhinos. For everything else, he STANDS his ground. pic.twitter.com/wVPCscmEl7

Quinton de Kock's decision to not take a knee might bring an end to his SA career. Surely, the Mumbai Indians would have taken note too.

If Quinton De Kock wears pink for cancer or black arm bands to honour deceased greats or to oppose GBV when required, why object to a universally accepted gesture to fight racism? But equally is it still a principled stand if it’s mandatory? #702Breakfast @Radio702