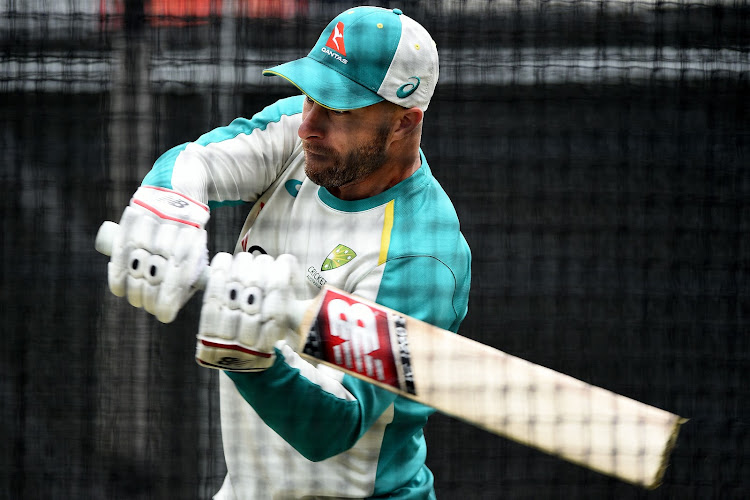 Australia's Matthew Wade is hopeful that he can seal a middle or lower-order position in the team's batting line-up for the Twenty20 World Cup but believes he can also fill in as opener if required.

Wade has not played any cricket since Australia's 4-1 T20 series defeat by Bangladesh in August, in which he batted at number five in the first two games before moving to the top of the order.

Captain Aaron Finch, who did not feature against Bangladesh, last week said that he and David Warner would open the batting at the World Cup in the United Arab Emirates and Oman.

"(I'm) preparing more to nail down a middle-order to lower-order role at the moment. Obviously with Davey (Warner) coming back and Aaron didn't play the last series ... it's no secret that they're the best two opening batters that Australia have," Wade told reporters.

"I suppose my role at the top of the order maybe if we want to go a little bit harder and if they want a left-hander, maybe I'll go in then, but apart from that, I'll see myself settle in probably in the middle-to-lower order."

The 33-year-old had a disappointing time in Bangladesh, scoring 42 runs in five innings at an average of 8.40, and struggled against the West Indies prior to that, managing 87 runs in five games.

"I played the last series and I'm confident that I'll play this series. I've batted pretty much anywhere in the order for Australia, so it's just getting back and tapping into that experience," added Wade, who will face competition from newcomer Josh Inglis.

Australia kick off their T20 World Cup campaign against SA in Abu Dhabi on Oct. 23.

Middle-order batsman Kusal Perera, who was a major doubt due to a hamstring injury, made the final cut.

Sri Lanka, led by Dasun Shanaka, take on Namibia in their tournament opener in Abu Dhabi on Oct. 18.