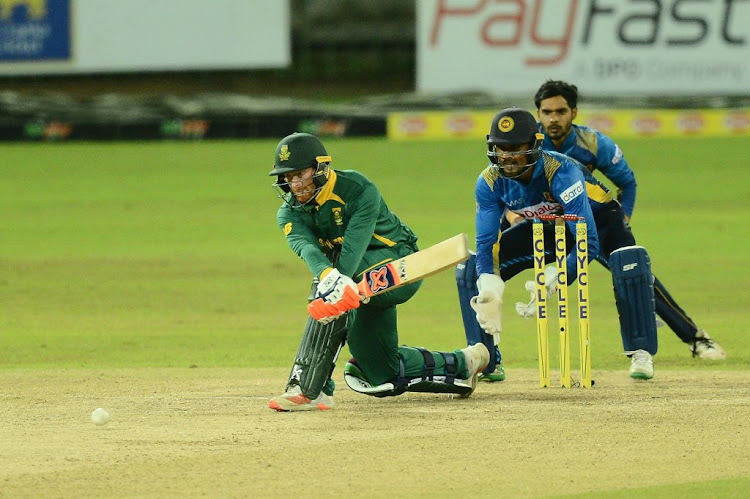 SA failed trial by spin spectacularly on the dry pitch at the R Premadasa Stadium in Colombo to lose the third and final ODI and the series 2-1 to Sri Lanka on Tuesday.

The Proteas, who have not won an ODI series since they beat Australia about 18 months ago, dropped a crucial 10 ICC Men's Cricket World Cup Super League points as a result of this 78-run defeat.

But there is still a long way to go. The South Africans have dropped outside the automatic qualifying places for the 2023 World Cup, while Sri Lanka have refreshed their hopes by forcing their way into the top eight on the Super League standings.

Sri Lanka captain Dasun Shanaka won the toss and chose to bat and they reached 203/9 in their 50 overs with Charith Asalanka their highest scorer with 47. He was followed by Dhananjaya de Silva (31) and Dushmantha Chameera (29).

In reply, the Proteas stuttered out of the blocks as they collapsed to 54/6 after 16 overs as Aiden Markram, Reeza Hendricks, Janneman Malan, Wiaan Mulder and Heinrich Klaasen perished early without contributing much.

The Proteas were ultimately meekly bowled out for 125 after 30 overs as they failed to respond to the Sri Lankan spin wizardry of Maheesh Theekshana, Dushmantha Chameera Praveen Jayawickrama, Wanindu Hasaranga, Dhananjaya de Silva and Charith Asalanka.

The pick of their bowlers was debutant Theekshana who lived up to his billing as the mystery spinner with impressive figures of 4/37, and he was followed by Chameera and Hasaranga de Silva with two each.

Other contributors were Praveen Jayawickrama and Charith Asalanka who got Aiden Markram (2) and Andile Phehlukwayo (17) respectively.

Theekshana became the third Sri Lankan bowler to take a wicket with his first ball in ODI cricket to join TCB Fernando and MTT Mirando. All-rounder Asalanka also got his first ODI wicket.

For SA, there was nothing much to enthuse about with the bat as Klaasen was their highest scorer with 22 and was followed by Phehlukwayo with 17 as the rest failed to convert their starts.

Earlier in the match, Proteas started the spin party in the favourable conditions with captain Keshav Maharaj putting his the slow bowlers to bowl a record 40 overs.

Maharaj persisted with his spinners, including himself, Tabraiz Shamsi, George Linde and Aiden Makram, and they repaid the faith shown in them with eight wickets.

It was the first time that SA bowled 40 overs of spin, which was seven more overs than their previous record of 33.

Markram got Dhananjaya de Silva, Mulder removed Chameera and with the bat Asalanka stood out for the Sri Lankans with a composed 47.

The other notable scores for Sri Lanka were Dhananjaya de Silva with 31 and Chameera with 29, while the rest failed to move past the 20 runs mark.

They now turn their attention to the three-match T20 series that starts on Friday.