Andile Phehlukwayo thrilled to be back in Proteas camp 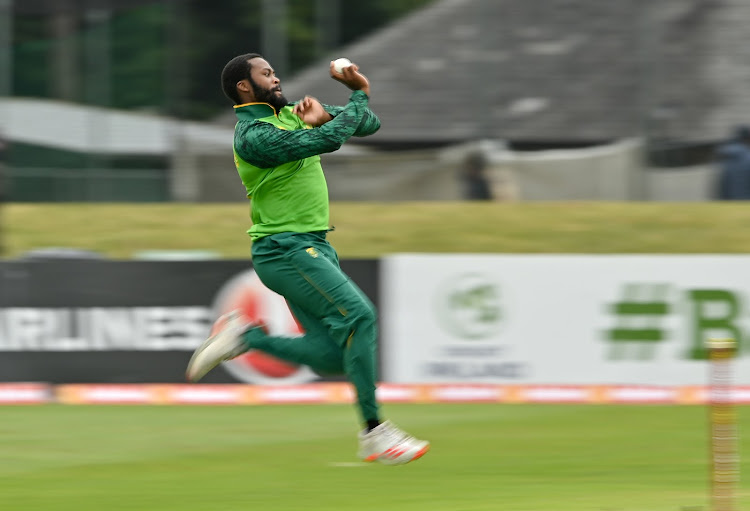 SETTLING IN: Proteas all-rounder Andile Phehlukwayo hopes to make full use of his inclusion in the SA side  against Ireland on Tuesday.
Image: GALLO IMAGES/ SEB DALY

Proteas all-rounder Andile Phehlukwayo says it feels good to be back in the national set-up and hopes to put in some good performances as they take on Ireland in the second ODI on Tuesday.

Phehlukwayo, who was not a member of the SA touring party for the recently concluded series in West Indies, said he was looking forward to getting in a full game after the first encounter between the sides was rained out on Sunday.

While he felt a bit rusty by his own admission in the opening game played at The Village, Phehlukwayo was confident of a return to form once he got some game time under his belt.

“Every time I am on the field for the Proteas, I just want to make the team proud and have an impact on the game.

“Unfortunately the first game rained out, so hopefully we can get a knock in the next game.

“Obviously I have been shy of a few games lately. I think the longer I am out on the park, the more the confidence will grow and I will get references of how I used to play and how things used to be on the field, so it is just a matter of spending more time at the crease,” he said.

In his assessment of the Irish pitch, Phehlukwayo said: “It was a bit slow, but I feel it was a good wicket and it would have been a good game, just unfortunate that it rained out.

“As batsmen, I think we would need to assess conditions early up front because the first 10 overs are usually the toughest time to bat.

“After that I think it became a tad bit easier on Sunday. The pitch became slow and the ball didn’t do much.

“So moving forward I think we just need to adapt in the first 10 overs.

“After that I think the game does get easier, then you can press on and see how best to play from there,” he said.

Phehlukwayo said the bowling attack had been consistent throughout the series in the West Indies and they were now carrying that over to the Irish tour.