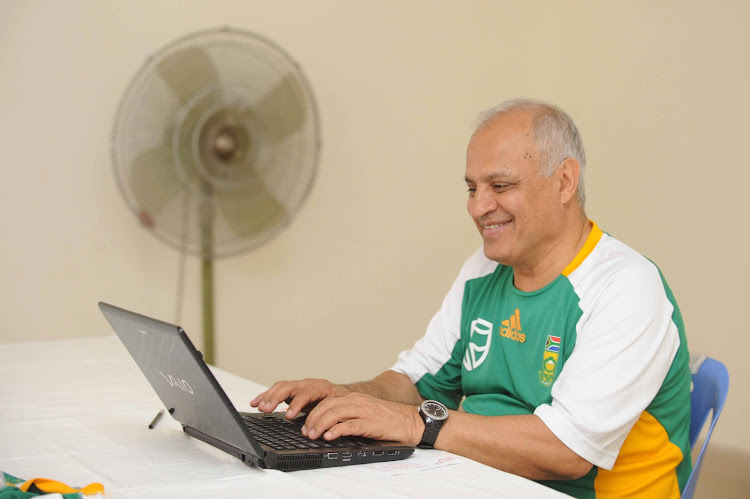 Cricket SA is mourning the death on Tuesday of Goolam Rajah, one of the legendary figures of the post-unity period of SA cricket.

He had been in failing health for some time and was 74-years-old when he died.

Goolie, as he was known by everybody who had anything to do with South African cricket and particularly the Proteas, served first as team manager and then logistics manager of the national men’s cricket team for close on two decades.

To the Proteas he was much more than part of the management team. He was a friend, confidant and adviser. In total, 107 players represented the Proteas during his time in more than 600 matches across the three formats. They will all remember him with great fondness and gratitude.

He personally considered his greatest achievement to be invited by the International Cricket Council (ICC) to manage the World XI against Australia, the No 1 team in the world at the time, in a one-off Test match.

“Goolam was a very special human being who has touched so many lives in a positive way in the 30 years we have enjoyed being a democratic cricket organisation.

“We all have our special memories of him which we will treasure. He was truly a man who gave a great deal to the game of cricket and to everybody involved in it.

“I extend our deepest condolences to his wife, Shaheda, popularly known to us all as Poppy, his children, Mohammed Faeez and Zuraida, his extended family, his friends and colleagues both in the game of cricket and in the wider society,” he said.

Lawson Naidoo paid tribute on behalf of the CSA Board.

“One can never have a successful team without a good administration behind them. Goolam played a major role in making sure that they were not side-tracked by off-the-field issues.

"During his tenure the Proteas enjoyed significant success, winning the ICC knock-out trophy (the precursor to the Champions Trophy) and the Commonwealth Games Gold Medal in 1998, achieving their best World Cup result with a tied semi-final against Australia in 1999, winning a Test series in England in 2008 and a first ever Test series win in Australia later the same year.

"These achievements speak for themselves. He was a humble man and true servant of the game.”

Graeme Smith paid tribute on behalf of the players.

“Goolam was a true father figure who looked after the players like his own. He took care of everything with such detail that the players were able to focus totally on the cricket and that was why his tenure was so successful.

"The players were particularly appreciative of the way he looked after their wives and partners on away tours. We will indeed be fortunate to see his like again.”

CSA President Rihan Richards spoke on behalf of the Members’ Council. “His service to the game was legendary and exemplary. He was a role model for all to follow although almost impossible to emulate. We thank him and pay tribute to his family who had to manage without having him at home for long periods of time.”

The Proteas players will wear black armbands for their T20 International match on Tuesday evening as a gesture of respect. There will also be a minute’s silence before the start of play.

SuperSport will be running a tribute before the start of Tuesday’s match.