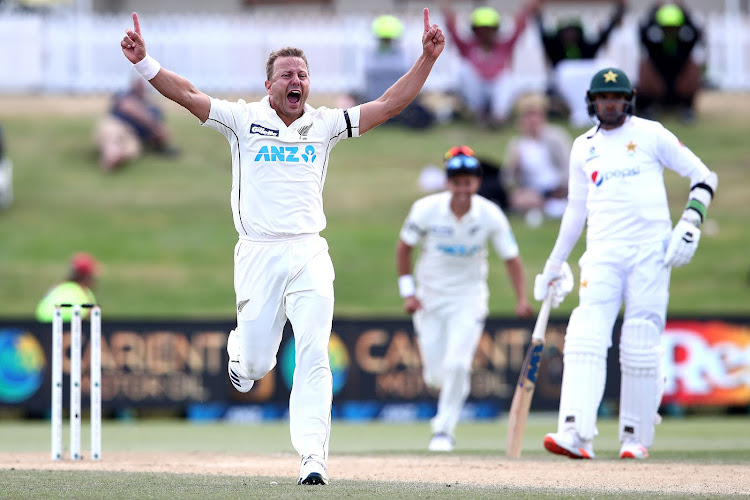 Neil Wagner has never been able to break into New Zealand's limited-overs squads but the left-arm fast bowler says next month's World Test Championship (WTC) final against India will feel like a World Cup title decider.

The 35-year-old pacer played 51 Tests but has always been overlooked for the shorter formats, in which New Zealand reached the finals of the last two 50-overs World Cups.

Wagner said the final of the inaugural WTC in Southampton from June 18 held huge significance for him.

"It is like a World Cup final for me," the bowler told reporters on Sunday.

"The biggest disappointment in my career is that I've never really played a white-ball game for New Zealand or never been able to crack into the T20 or the one-day game. That ship has probably sailed now ...

"For me now, it's about putting all my focus and energy into test cricket and to be able to play in a World Test Championship final is like a World Cup for me."

Kane Williamson's team play a two-Test series against England before the WTC final, which is likely to be a battle between New Zealand's formidable pace attack and India's vaunted batting line-up headlined by skipper Virat Kohli.

"I know this final is the first and there isn't a lot of history around it, but it's the start of something that's pretty big," Wagner said.

"To play in a one-off Test final against India - one of the best teams in the world, if not the best team in the world - to be able to test yourself against the best on the highest and biggest stage, that's what it's about."

Meanwhile, India and New Zealand would be crowned joint winners of the World Test Championship (WTC) should next month's final end in a draw or a tie.

The International Cricket Council (ICC) has discontinued the use of the controversial boundary count rule, which saw New Zealand lose the 2019 World Cup to England after the final ended in a tie even after a Super Over.

"The playing conditions confirm that a draw or a tie will see both teams crowned as joint winners ...," the ICC said in a statement.

The ICC, which also confirmed Dukes balls would be used for the final in Southampton from June 18, said there would be a reserve day factored in to ensure five full days of play.

The reserve day would only be used if lost playing time could not be made up each day.

"There will be no additional day's play if a positive result is not achieved after five full days of play and the match will be declared a draw in such a scenario," the ICC said.