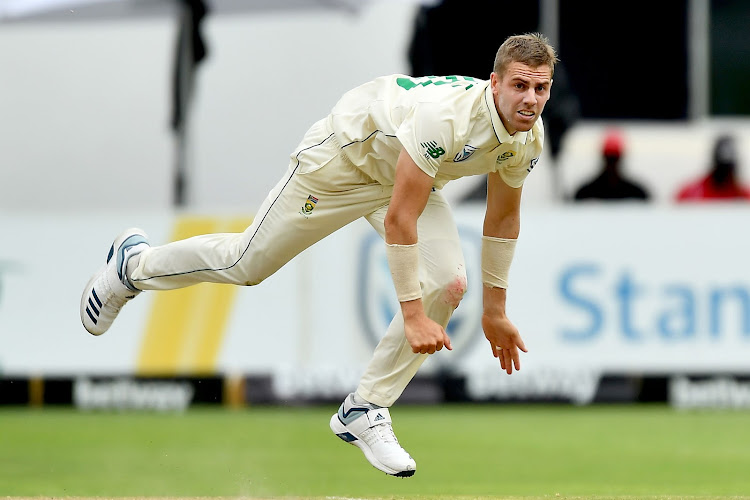 Eastern Province speedster Anrich Nortje and Shabnim Ismail received the highest accolade that Cricket SA (CSA) has to offer when they were named SA Men’s and SA Women’s Cricketers of the Year in their respective categories at CSA’s virtual awards on Monday evening.

Former Warriors star Nortje becomes the 12th player to win the premier men’s award and created his own piece of history by being named International Newcomer of the Year and Men’s Cricketer of the Year in successive years.

It was a truly memorable occasion for Ismail who won three awards.

She was also named Momentum Women’s T20 International Cricketer of the Year and SA Women’s Players’ Player of the Year.

In a continuation of the trend that started in 2020 when the Momentum Proteas competed successfully for awards that had no gender limitation, Lizelle Lee won the KFC Streetwise Award for her brilliant century in the ODI series against India.

With Nortje winning the SA Fans’ Player of the Year, which was decided by an online poll, the third award available to all, the CSA Delivery of the Year, went to Wiaan Mulder for dismissing Kusal Mendis with the aid of a catch by Rassie van der Dussen in the second Test match against Sri Lanka.

“Anrich and Shabnim have set the highest standards that we expect from our icon Proteas players,”  CSA acting chief executive Pholetsi Moseki said.

“Anrich’s international career to date has been remarkable.

“In the space of a year, he has gone from being named our International Newcomer of the Year to our overall Player of the Year — an incredible achievement.

“The pandemic has restricted him to just 10 Test matches to date in which he has taken 39 wickets, including three five-wicket hauls.

“His strike rate of 48.50 is comfortably within the benchmark number that defines the world’s leading bowlers, he has also delivered the fastest delivery ever of the Indian Premier League in which the cream of the world’s talent goes head to head.”

The award winners were:

Kemach JCB Groundsman of the Year: No winner as not all venues hosted matches. —  Cricket SA