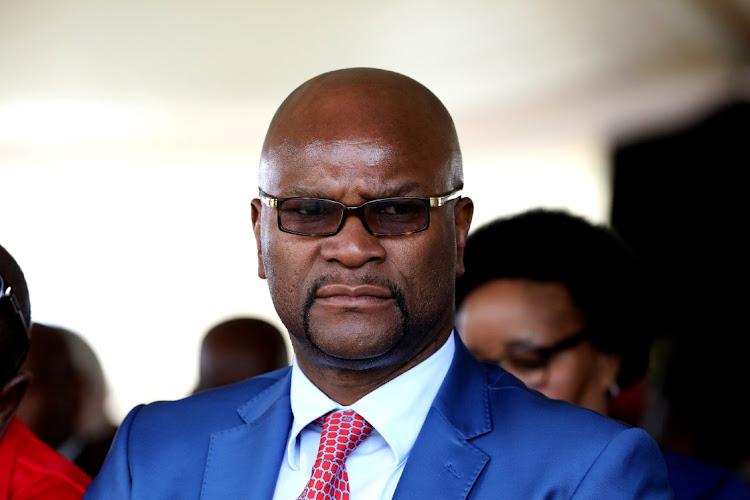 There appears to be no end in sight to the furore about cricket after Sascoc fired a salvo at sports minister Nathi Mthethwa and criticised his decision to move towards defunding and deregistering the game in the country.

In a five-page statement‚ the South African Sports Confederation and Olympic Committee (Sascoc) said it “strongly disagrees” with Mthethwa. The sports umbrella body accused Mthethwa of “selectively” applying section 13(5) of the sports act and said the minister has “overreached” by doing so.

This comes a week after the CSA members council‚ which is made of up the 14 affiliates presidents‚ voted against amendments in the Memorandum of Incorporation [MOI] to allow for a majority independent board and an independent chairperson with no affiliate to cricket at a special general meeting held last Saturday.

The motion was defeated after it garnered only 46% of the votes instead of the 75% needed when six members voted in favour‚ with five against and three abstentions.

In their letter Sascoc called on Mthethwa to accept and respect decisions of the majority‚ and to allow further dialogues and consultations to take place. Sascoc also effectively rejected the 2012 Nicholson recommendations to allow for a majority independent board at Cricket SA (CSA) and the body says the position still stands to this day.

“Sascoc strongly disagrees with the minister’s decision to invoke section 13 (5) (c) of the Sports and Recreation Act‚ regarding Cricket SA (CSA). This clause relates to “if a national federation fails to adhere to a decision of the mediator or directive issued by the Minister as referred to in paragraph (a)‚ the Minister may defund‚ remove recognition and publish his/her decision in the Gazette‚” reads the Sascoc statement.

Below is the rest of the Sascoc statement:

“Our considered view is that Section 13 of the Act needs to be read and applied in its entirety rather than selectively‚ had the minister done that‚ he would have realised this instrument was not only inapplicable in this case‚ but also‚ that he has overreached.

“First‚ consideration must be given to the fact that the CSA Members Council (MC) has‚ on two legitimate Special General Meetings (SGMs)‚ and through a democratic process concluded not to adopt the new Memorandum of Incorporation (MOI).

“The SGM is the correctly designated structure within the CSA statutes to make such a decision‚ the MC made the decision that they saw fit‚ as they are permitted to do.

“The point of decision centres such as SGMs‚ in any organisation‚ is for legitimate members of the organisation to have a proper say in the governance of their affairs without undue influence or being strong-armed. The outcomes of such processes may sometimes be unpalatable‚ but such is the nature of democracy‚ it is their constitutional right‚ and therefore must be protected and not be punished for exercising it.

“After the first such SGM‚ the minister threatened the Members Council with ‘daring him to invoke Section 13 (5) (c)” and sent them back to find what he termed “common ground’”.

“It’s clear that from the onset‚ it was either his way or the highway. 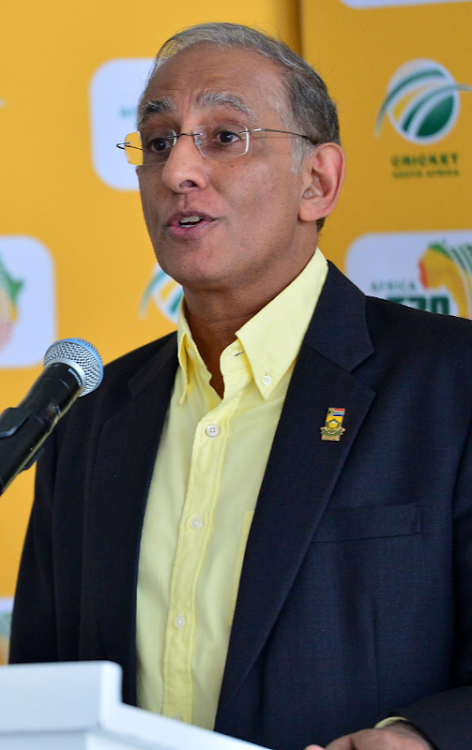 “We want to place it on record‚ two or even three wrongs don’t make a right‚ the fact that there are wrongs in CSA doesn’t mean we must flaunt governance process and the law to achieve our own ends.

“You cannot forgo existing governance processes to impose Nicholson’s finding‚ however well intended they maybe‚ because in so doing you fall foul of the exact same thing you are trying to rectify.

“It does not take a paragon of correctness to see that.

“We find it astonishing that the MC was only given one day’s notice and only furnished with the relevant documents less than 12 hours before what is clearly a very critical decision for Cricket‚ the consequences of which will run far deeper than the national structures of CSA.

“We now know that this is something the Interim Chair of the IB by his own admission was not concerned about or alternatively had no appreciation of.

“This kind of abdication of responsibility‚ and concern for organisational process is what all of us must be grossly concerned about.

“We agree that the CSA governance model requires some rethink‚ and we are committed to work with our member to achieve that‚ and we believe the Members Council is of the same view and want to institute changes with regards to corporate governance and transformation.

“We are all committed to the same‚ so we must negotiate without a gun on each other’s’ heads‚ nor be dismissive of inputs no matter how disagreeable they are to our world view.

“They matter particularly when they come from those most affected by it.

“The “directive of the Minister” as referred to in Section 13 of the Act by the Minister and the subsequent adherence of the Interim Board‚ is that the majority of board members must be independent members and that the president of CSA must be an independent as well.

“The Minister invokes the Nicolson Report in this regard.

“Lest we forget‚ in 2012 when the Nicholson report was released‚ the SASCOC board‚ specifically rejected recommendation 357 of the report‚ that stated that the CSA board should consist of a majority of independent board members. The SASCOC rational was very simple‚ Cricket must be governed and led by Cricket people‚ with the assistance from specialist independents.

“Through discussions with the Department of Sport and Recreation and the then-minister‚ Honourable Mbalula‚ this principle was accepted and agreed.

“Consequently‚ a new board was put in place and this is the dispensation under which Mr Haroon Lorgat served very comfortably for a long time. In a report to SASCOC on or about 10 February 2015‚ Mr Lorgat cited the implementation of this recommendation as completed (clearly in line with the above agreement with SASCOC and Honourable Minister Mbalula.)

“Minister Mthethwa insists that the president of the new CSA board must be led by an independent person‚ where does he derive this from‚ because Judge Nicholson made no such recommendation.

“Which aspects of the Nicholson report have not been implemented by CSA then‚ we ask?

“We cannot change the rules every time we get a result we don’t like. We have seen recently with the erstwhile Interim Chair of the IB‚ Judge Yacoob‚ that independent Chairs are no guarantee for good order and behaviour.

“South African sport and our own country’s democracy is founded on the principle of democratic governance and consultation no matter how long and painfully slow it may be‚ and this we must live with.

“Minister Mthethwa demands that the CSA Members Council MUST agree to the revised MOI that specifically affects the appointment of board members‚ and if they do not adhere to his demand that he will then invoke certain sections of Section 13 (5) (c).

“Minister Mthethwa purposefully contradicts section 13 (5) (b) (ii) of the same Act‚ which states‚ “the Minister may not interfere in matters relating to the selection of teams‚ administration of sport and appointment of‚ termination of the service of‚ the executive members of the sport and recreation body”.

“The Minister is flouting his own Act. It is misleading by the minister and the Interim Board to state that the majority of the CSA’s Members Council are in favour of majority independents.

“There is a reason the statutes of CSA require 75% majority for clauses of this nature to be changed.

“It is the exact same reason that the constitution of SA requires a 65% majority and laborious consultation process before it can be changed.

“It’s a safeguard against our own misjudgements‚ it is there to protect us against ourselves. The fact of the matter is that the majority of the CSA Members Council do not agree to the changes‚ 7 (seven) to be exact.

“If it were any different you would not be reading this. The final vote must be accepted by all‚ including the Minister of Sport‚ Arts and Culture‚ the person who is there to protect our democracy and our voice.

“The SASCOC Board has requested to meet the minister on this matter and the Minister’s response to our requests was that the matter was firmly in his hands and that he would meet the SASCOC Board when he deems fit to do so.

“The Board of SASCOC’s position on independent people serving on the boards of National Sports Federations remains unchanged.

“We advise that federations should include independent specialists onto their boards to ensure that the necessary skills needed are sourced from these specialists.

“SASCOC has‚ to that effect‚ included two independent specialists one in finance and the other in legal matters.

“SASCOC’s position on the number of independent specialists that serve on boards or/and National Executive Committees of National Federations should not exceed the number of officials elected from the sports movement.

“Our position on the president of federations is that such a person must also be elected through a democratic process and cannot be an appointed individual outside the sport.

“The very bedrock of sport in SA is a democratic elective process of members deciding who will lead their sport structures from club to district‚ regional‚ and national level.

“Once again SASCOC is committed to work with the Members Council‚ the current Interim Board‚ the Department of Sport‚ Arts and Culture and the Minister.

“We believe that we can work together within our principles of democratic elective process and also to create a balance of independent specialists that will enhance governance‚ we need to do this patiently and considerably.

“We therefore call on all parties to engage in dialogue that will culminate in an acceptable‚ balanced‚ responsible and competent structure that will take CSA forward‚” concludes the Sascoc statement.