Williamson will be back for Hyderabad soon, says Bayliss 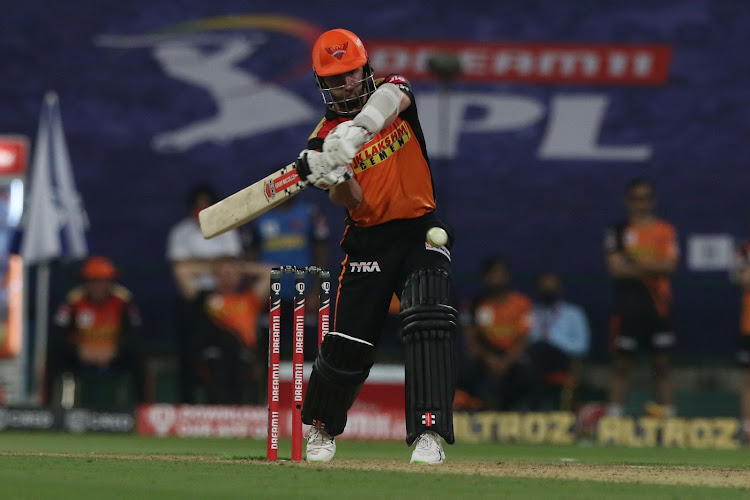 Kane Williamson's absence for Sunrisers Hyderabad's opening defeat in the Indian Premier League was due to lack of match fitness and the New Zealand batsman will soon return to the mix, the team's coach Trevor Bayliss has said.

Williamson, 30, missed the Black Caps' white-ball series against Bangladesh at home due to an elbow injury but was available for selection against the Kolkata Knight Riders for David Warner-led Hyderabad.

"We just felt that Kane needed a little bit of extra time to get his match fitness. A little bit more time in the nets," former England coach Bayliss told reporters.

"He would have played in place of Jonny Bairstow if that would have occurred. But we weren't too perturbed about that."

England international Bairstow contributed a handy 55 off 40 balls during the side's chase of 188, continuing his strong form from the limited-overs series against India ahead of the IPL.

"Jonny has been in form obviously recently in white-ball cricket here in India. And obviously showed in how he batted well tonight," Bayliss added.

"Kane will obviously certainly come into calculations as the tournament unfolds."

Meanwhile, Rajasthan Royals' Sanju Samson struck a blistering century in his first match as captain but was unable to prevent Punjab Kings from recording a four-run victory in a high-scoring Indian Premier League (IPL) thriller at the Wankhede Stadium on Monday.

Samson, who was named captain before the start of the season, struck 119 off just 63 balls but was dismissed off the final delivery of the innings with his side five runs short of the target.

"I don't have words, it was very close, but unfortunately ... I don't think I could have done anything more," Samson said.

"I timed it well, but unfortunately couldn't clear the man in the deep.

"It's all part of the game, we thought the wicket was getting better and we could chase the target down. Despite the loss, I think the team played really well."

Rajasthan's chase got off to a poor start, losing England all-rounder Ben Stokes and Manan Vohra early, but Samson turned the game on its head after being dropped on 12, striking 12 boundaries and seven sixes to register the first century of this season's IPL.

But needing five off the final two deliveries, Samson turned down a single off the penultimate ball before holing out to deep extra cover off the bowling of Arshdeep Singh as Rajasthan fell agonisingly short.