Warriors in with playoffs chance 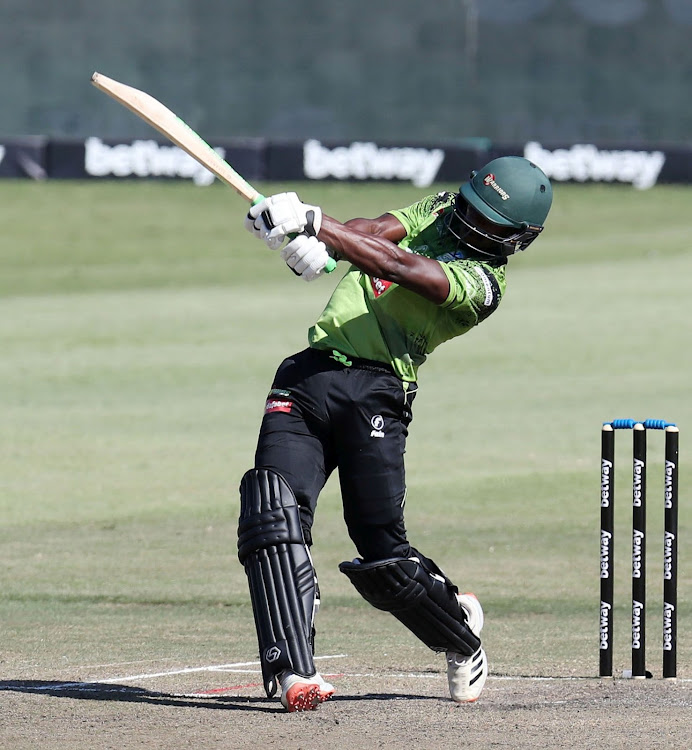 Lesiba Ngoepe of the Warriors in action during the CSA T20 Challenge game against the Knights at Kingsmead Stadium in Durban on Thursday
Image: MUZI NTOMBELA/ BACKPAGEPIX

The Warriors have given themselves a chance to sneak into the playoffs after claiming a 14-run victory over the Knights in the Betway T20 Challenge in Durban on Thursday.

Another superb bowling performance by Mthiwekhaya Nabe saw him take three wickets for 19 in his four overs after Lesiba Ngoepe scored a superb 41 to help the Warriors post 157 in their 20 overs.

The Knights’ run chase got off to the worst possible start when confusion between the openers saw Patrick Kruger run out without facing a ball.

A valiant and unbeaten 81 by Raynard van Tonder, which included six fours and three sixes, was not enough for the Knights, who ended all out on 143.

The Warriors, who find themselves on nine points, will need the table-topping Dolphins to beat the Titans if they are to qualify for a spot in the playoffs.

Matthew Kleinveldt took 18 balls for his 12, adding 52 for the second wicket with Van Tonder, before he was bowled by paceman Anrich Nortje.

Nabe trapped captain Pite van Biljon in front for five for his first of three wickets.

He then sent wicketkeeper batsman Wandile Makwetu back to the pavilion, caught by Nortje for one before Miguel Pretorius was dismissed by leg spinner Lizo Makhosi for three.

Van Tonder then added 23 with Gerald Coetzee before Coetzee was caught by Gqamane off the bowling of Jansen for 9 and Alfred Mothoa was run out for 5 before Mbulelo Budaza was the final wicket to fall, bowled by Nortje.

Nabe ended with three for 19 off his four overs, while Nortje and Jansen picked up two each, while Makhosi also picked up a wicket.

Earlier in the day, a 53-run opening stand between Jon-Jon Smuts and Gihahn Cloete in the powerplay had the Warriors looking to capitalise on their good start.

The first over after the powerplay saw Smuts (33 runs off 21) skying Shaun von Berg’s opening delivery into the waiting hands of wicketkeeper Makwetu.

The Eastern Cape side lost three more wickets for the addition of just 13 runs as they slipped to 66 for 4.

Cloete was Von Berg’s second victim and part-time spinner Kleinveldt dismissed Qeshile for a duck in the eighth over before having Wihan Lubbe caught by Kruger for two runs off his six balls.

Budaza bowled well as he prevented the Warriors middle order from scoring freely with his constant changes of pace.

Rising star Tristan Stubbs and Ngoepe put on 34 for the fifth wicket with a well-constructed partnership.

Stubbs could add only 11 runs to the total before he was bowled by Budaza, one ball after the Warriors brought up their 100 in the 15th over.

Ngoepe scored a brisk 41 off 30 deliveries, including a boundary and three sixes, before he was deceived by a slower Budaza ball, hitting the ball straight to Alfred Mothoa to start the 17th over.

Nortje hit two sixes on his way to 14 at the death.