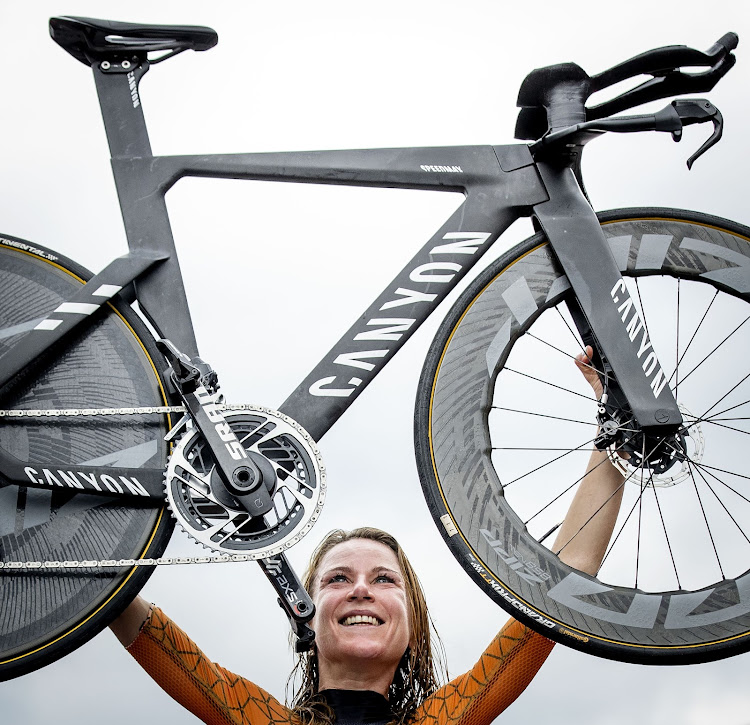 Van Vleuten came under pressure midway through the stage as she underwent mechanical issues that forced her to change her bike on three occasions.

The Movistar rider also faced several attacks by rival teams but she proved why she is the best climber as she accelerated away on the final ascent, sealing the overall title after crossing the finish line 30 seconds ahead of second-placed Demi Vollering.

“It's a dream come true, winning in yellow on the top. Wow,” van Vleuten said.

“It was not an easy stage and not an easy week. It's been a super big rollercoaster for me.”

It was Olympic time trial champion van Vleuten's second stage win after her climbing masterclass in the penultimate stage.

Vollering of SD Worx came second in the overall standings, nearly four minutes adrift of van Vleuten, while Katarzyna Niewiadoma of Canyon-SRAM completed the general classification podium after eight days of intense racing since the start in Paris.

The Tour de France Femmes is the first time in 33 years that the best female racers have been given the chance to compete in a multi-stage version of the world's greatest cycle race.

“I'm super proud to be the first winner of the Tour de France for women — of this new version,” van Vleuten added.

“I hope it's a big start for more, and we can build this event into an even bigger event. It's a milestone to win the first one of hopefully many more.” — Reuters