Stenson wins LIV Golf debut, 'I played like a captain' 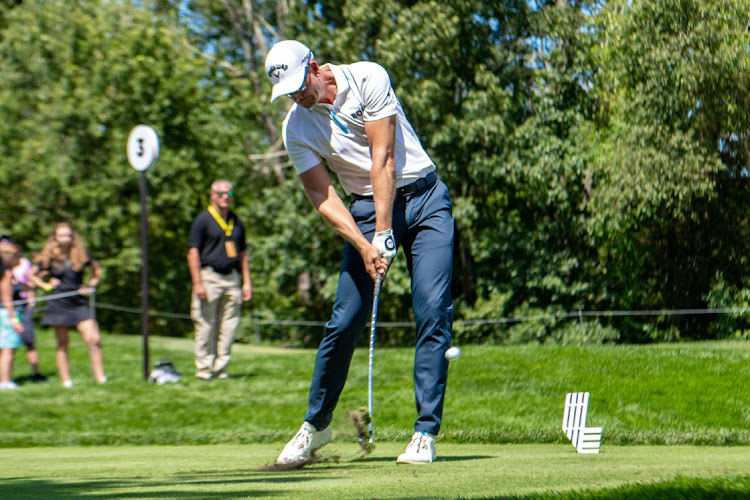 Henrik Stenson won his first start on the LIV Golf Invitational Series on Sunday in New Jersey less than two weeks after he was stripped of his role as Europe's Ryder Cup captain over his decision to join the Saudi Arabian-funded circuit.

Stenson shot a two-under-par 69 in the final round of the 54-hole event to reach 11-under at Trump National Golf Club Bedminster where he finished two shots clear of Dustin Johnson and Matthew Wolff to collect the $4 million first prize.

“I guess we can agree I played like a captain,” Stenson joked after his win.

“It's been a good first week obviously, nice to be here with the guys and getting a feel for it. It's been a busy 10 days and I'm extremely proud that I managed to focus as well as I did.”

It marked an impressive LIV Golf debut for Stenson, who was named Ryder Cup captain in March, having helped Europe to victory in three of five of his appearances as a player before serving as vice captain last year.

The 2016 British Open champion said two weeks ago he was stripped of the captaincy despite making specific arrangements with LIV Golf, who he said had been supportive of his role and willing to ensure that he could fulfil his obligations.

Stenson, who began the day three shots clear of former world number one Johnson, birdied his first and fifth holes to reach the turn at two-under 33 and in full control.

The Swede added another birdie at the 14th and then saw his lead cut to two shots after a bogey at the par-five 15th but he sealed the win with three consecutive pars.

“It was a little wobbly coming home here,” said Stenson.

“We haven't finished the deal in a couple of years with any wins so it's always a little added pressure when you are up in contention but I did well.”

This week's event marked the third in the inaugural season of the LIV Golf Invitational Series, which in a short time has already disrupted the dynamics of men's professional golf.

The LIV Golf circuit, which this week had 11 major champions in the field, has lured some of the game's biggest names away from the PGA Tour with the promise of guaranteed, big-money paydays and a reduced schedule.

Critics say LIV Golf, which is bankrolled by Saudi Arabia's Public Investment Fund, amounts to blatant “sportswashing” by a nation trying to improve its reputation in light of its history of human rights abuses. — Reuters