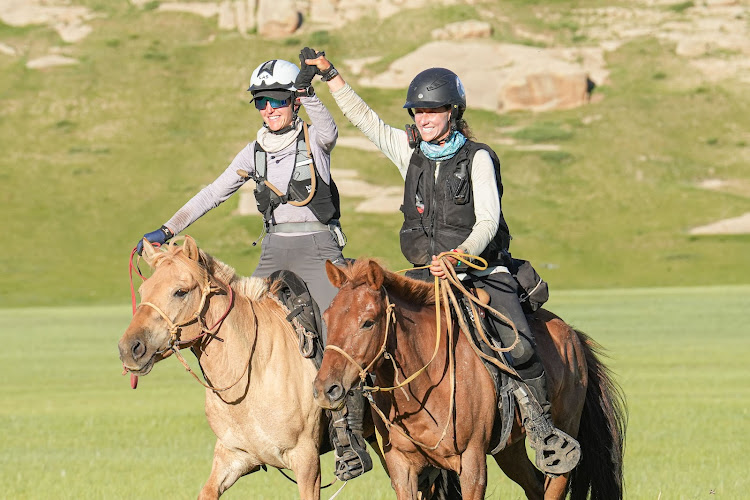 Willemien Jooste, in white hat, and Deirdre Griffith cross the finish line together as joint winners of the Mongol Derby.
Image: Shari Thompson

The 1,000km race‚ which started in 2009‚ recreates the horse-messenger system developed by Genghis Khan‚ the founder of the Mongol Empire‚ in 1224.

Using a network of horse stations‚ his messengers could gallop from his capital‚ Kharkhorin‚ to the Caspian Sea in a few days.

The race, which is made up of twenty eight stations strung out along the route, has been described as the world’s longest and toughest horse race.

After the Covid-19 pandemic forced the cancellation of the 2020 and 2021 editions, the 12th derby kicked off on July 23 and looked set to be one of the most fiercely contested races to date, with 46 riders, from 10 different nations, competing for the prestigious win.

Each of the riders is provided with 25 to 27 semi-wild horses‚ which are available at a number of changing stations along the route. The riders should not ride a horse for more than 40km.

Organisers said by day three, riders were pulling out of the race with bruised and battered bodies (some chose to ride on with broken bones) while others served time penalties for riding past cut-off times the night before.

On day five, a pair of experienced riders - Irishman Patrick Heffron and Brit Chris Walker - led the race, closely followed by a chasing pack of seven, including Griffith and Jooste.

Heffron and Walker rode out front through days six and seven, but never with enough of a lead to relax.

With just a few hours riding left, Griffith and Jooste passed them to cross the finish line together to win the race on the final day on Saturday.

This left Heffron and Walker to finish just behind to take joint third.

"It's very tough, no doubt about it. It's getting up every day and pushing on no matter the heat or cold or tiredness.

"It was a constant mental game telling yourself to stay positive, smile no matter how tired you are and keep going," Jooste, 38, from Philipstown in the Karoo, said after the race. 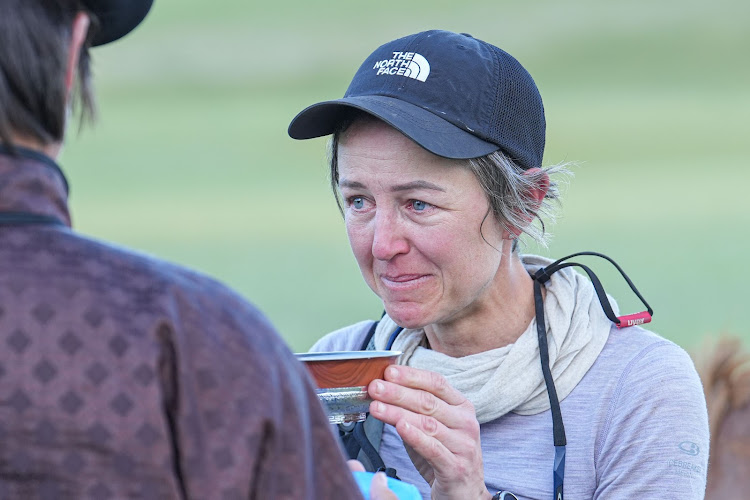 Jooste said both the Mongolian culture and teaming up with Griffith were highlights of her race.

"My high was teaming up with Deirdre. We got along great and sharing the load made it so much lighter work."

Jooste said they shared jokes and kept each other motivated to keep going.

“Our last night with a family in a valley was the best, they were extremely friendly and shared every part of their lifestyle with us."

She said her husband got up early the next morning to saddle their horses and see them safely on the road.

"To watch a day in the life of a Nomadic Mongolian family is a rare experience. I am honoured to have been allowed to see and experience it,” Jooste said.

Two other other South Africans have been sole winners of the race: Craig Egberink in 2011 and Byeronie Epstein in 2015.

Barry Armitage was joint winner with Australian Ed Fernon in 2017.