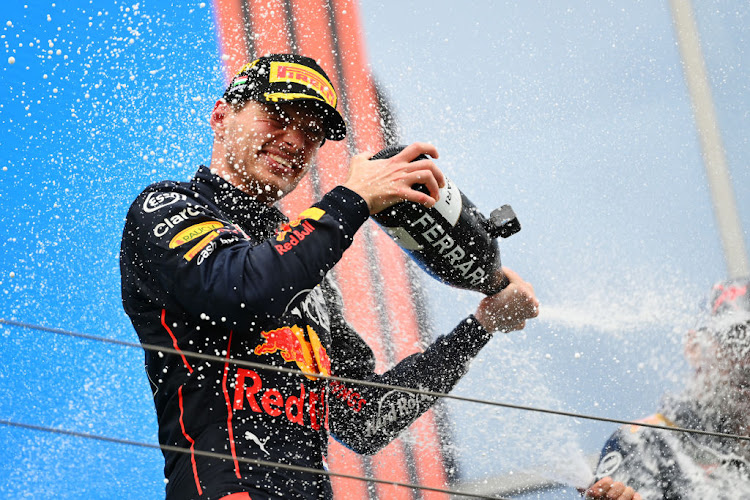 Max Verstappen celebrates on the podium after winning the F1 Grand Prix of Hungary at the Hungaroring on July 31, 2022 in Budapest, Hungary.
Image: Dan Mullan/Getty Images

Seven-time world champion Lewis Hamilton finished second for Mercedes with team mate George Russell, who started on pole position for the first time, taking third place in a repeat of the previous race in France.