Why Vettel will leave the F1 grid with respect and affection 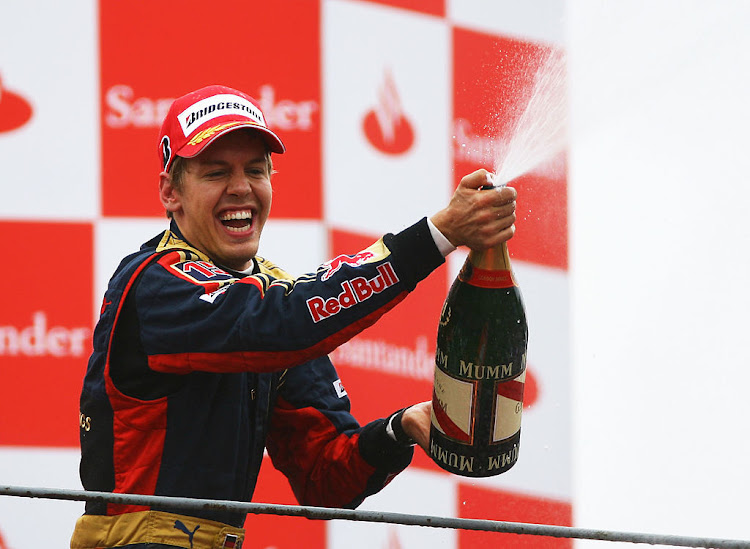 Sebastian Vettel's greatest success is a distant memory, but the four times world champion will leave Formula One at the end of this year with more fans than he had in his heyday.

Vettel won his last title with Red Bull almost a decade ago while it has been nearly three years since the 35-year-old German, then at Ferrari, last won a race.

News on Thursday of his departure at the end of the season nonetheless triggered an outpouring of appreciation, with the Aston Martin driver hailed as a "legend", "inspiration", "ambassador", "one of the all-time greats" and "class act".

"Everyone in the paddock loves him," Spaniard Carlos Sainz, a simulator driver at Red Bull when Vettel was chalking up back-to-back championship success with that team, told reporters at the Hungarian Grand Prix on Thursday.

"You will not hear someone speaking bad about Seb.

"I think this just speaks about his personality, his life as a human being not only as a driver," added the 27-year-old, who replaced the German at Ferrari last year.

Old rival and seven times world champion Lewis Hamilton said Vettel was "leaving this sport better than you found it which is always the goal".

"Such an inspiration and such a humble bloke," said the Briton’s Mercedes team mate George Russell.

The tone of the tributes reflected the transformation Vettel has undergone since making his Formula One debut in 2007.

A hardcore 'petrolhead", lover of rock classics and keen student of the sport’s history, he once gave his cars names like "Randy Mandy" and "Kinky Kylie" and mourned the passing of the loud and fuel-guzzling V10 era.

The father of three, married to his childhood sweetheart, is outspoken on topics ranging from the environment and sustainability to LGBTQ+ rights.

He collects litter from the stands after races, cycles to work and has completed an internship in organic farming and creating a bee habitat.

The German even used sustainable fuel while conducting a demo run in Nigel Mansell’s 1992 British Grand Prix-winning Williams, which Vettel now owns, to celebrate the 30th anniversary of that triumph at Silverstone.

"I feel we live in very decisive times and how we all shape these next years will determine our lives," Vettel said in his retirement announcement.

"My (F1) passion comes with certain aspects that I’ve learned to dislike."

In 2013 Vettel was seen by some as a "villain", snatching victory from team mate Mark Webber in Malaysia in 2013 and swerving into Hamilton’s Mercedes in Baku in 2018.

He will leave as still the youngest world champion, his 53 wins placing him third in the all-time list led by Hamilton and Michael Schumacher, his boyhood hero.

"He has achieved so much in the sport that it’s really understandable for him to retire," said Red Bull's reigning champion Max Verstappen.