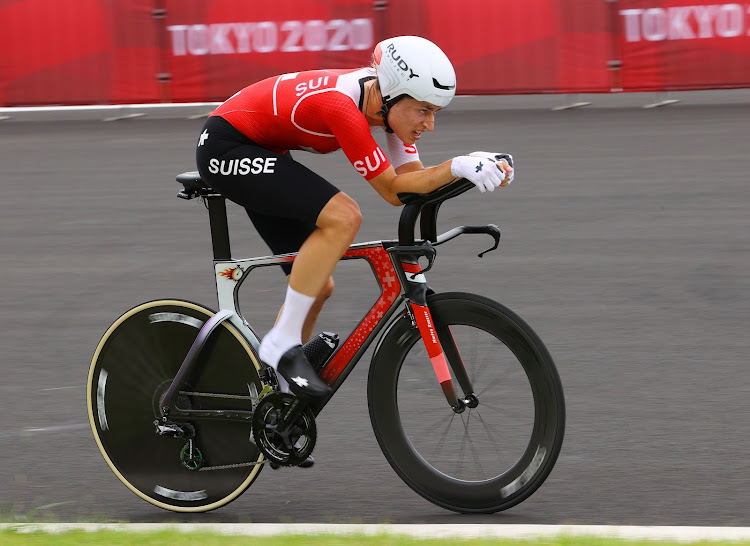 SD Worx rider Reusser attacked with just over 20km remaining on the 127km route from Troyes to Bar-sur-Aube and powered home more than a minute ahead of her closest pursuers.

Vos safely negotiated several climbs and gravelled sections as she finished alongside most of the other GC contenders.

She remained 16 seconds ahead of Italy's Silvia Persico (Valcar-Travel & Service) and Poland's Katarzyna Niewiadoma (Canyon SRAM) with half the race remaining.

“We did it, the team had the plan to make it a hard race and not let it calm down, then one could go and luckily it was me,” Reusser told Eurosport. “This kind of stage suited me.”

Spanish champion Mavi Garcia saw her hopes of overall victory all but disappear as she suffered ill fortune with mechanicals and a crash after clipping her own team car.

With a long and flattish stage on Thursday Vos looks like keeping the yellow jersey until at least Friday having negotiated a fourth stage that was earmarked as being potentially decisive.

She was quite content to allow Reusser to take the victory and looked in complete control on the dusty roads.

“We were quite safe as a team,” said the Jumbo Visma rider, who finished the stage in fifth place.

“Of course, we tried to stay in contention for the stage win as well but when Reusser attacked it was a very strong moment.

“We had to cover everything so to keep the yellow jersey is very nice.”

Vos's compatriot Annemiek van Vleuten, one of the big favourites, looked stronger after illness issues in the early stages.

She is in eighth position, one minute and 14 seconds down.

The Tour de France Femmes is the first time in 33 years that the best female racers have been given the chance to compete in a multi-stage version of the world's greatest cycle race. — Reuters