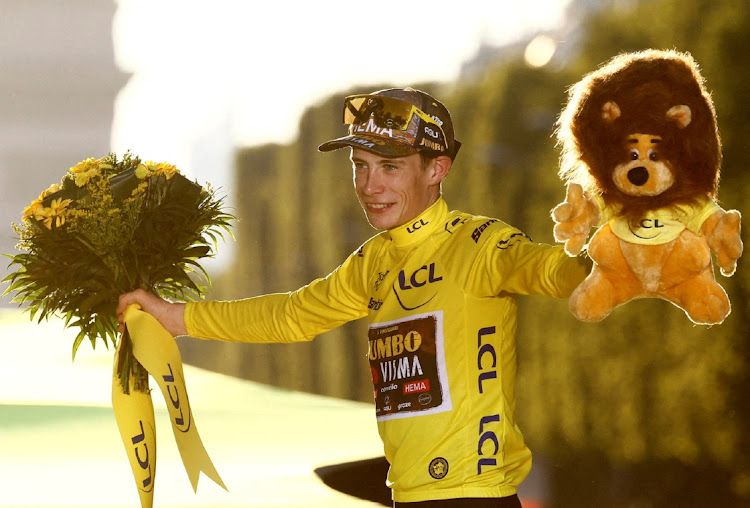 There was an exhilarating retro feeling as Jonas Vingegaard claimed his maiden Tour de France title after an epic battle with Tadej Pogacar, who defended his crown until the bitter end, the pair laying the platform for a potentially historic rivalry.

Pogacar, nicknamed “Baby Cannibal” for his swashbuckling racing style which drew comparisons with the great Eddy Merckx, tanked on the final climb up to the lung-busting Col du Granon, his face a mask of exhaustion and despair having had to cover countless attacks from Vingegaard and his team mates.

The 23-year-old Slovenian, who last year became the youngest rider to win back-to-back Tour titles, threw everything, and the kitchen sink at Vingegaard, but the Dane remained unflappable as Jumbo-Visma controlled the rest of the race.

Pogacar took big risks in a last-gasp attempt in the last mountain stage to Hautacam, Vingegaard going off balance on the descent from the Col de Spandelles after being pushed to the limit.

It was, however, the defending champion who skidded into the gravel after overcooking a turn. It signalled his defeat, but Pogacar said there was no better way to lose the Tour.

Vingegaard won at the top of Hautacam, where his compatriot Bjarne Riis had prevailed after one of the most staggering efforts seen in the race, on his way to clinching the 1996 Tour.

Vingegaard's team mate Wout van Aert was instrumental in the Dane's success as the Belgian all-rounder sealed the green jersey for the points classification, winning sprints but also featuring in breakaways and taking monstrous turns in the mountains to keep Pogacar in check.

Van Aert's style is reminiscent of Ireland's Sean Kelly, who in the 1970S and 1980s won on all terrains and the domestique de luxe provided his team with three of their six stage wins.

Vingegaard, surprise runner-up last year, relied on his team's collective force while Pogacar's pure talent was his main weapon, and the Slovenian wore himself out trying absolutely everything to topple the eventual champion.

He attacked on the climbs, on the flat, and on the descents, as well as launching a long-range offensive but the UAE Emirates leader never found a crack in Jumbo-Visma's armour.

Pogacar, who led the race from the sixth to the 10th stage, was also impressive on the cobbles in a memorable fifth stage, but it was Vingegaard's victory in the “stage of the century” at the Granon that decided the Tour.

Pogacar never found allies as Ineos-Grenadiers, who started with three leaders in Dani Martinez, Adam Yates and Geraint Thomas but had no influence on the race, ending up content with the 2018 champion's third place overall.

The British outfit, who dominated the Tour with seven titles in eight years from 2012-2019, have not grasped the vibe shift since Pogacar took power in 2020, also failing to find the successor to 2019 champion Egan Bernal, out of this Tour after sustaining multiple injuries when he was hit by a bus on a training ride.

There is hope for Ineos-Grenadiers, however, in Tom Pidcock, after the 22-year-old won at top of the iconic climb up to L'Alpe d'Huez and declared his future title ambitions.

This year's Tour was the fastest in history, underlining the change in racing strategies — furious starts and more offensives.

“We’ve had 20 days where we’ve kicked the sh*t out of each other from kilometre zero to the end,” said Ineos-Grenadiers road captain Luke Rowe.

Jumbo-Visma, who ended up heartbroken in 2020 when Primoz Roglic's spectacular failure in the final time trial handed Pogacar the title, were always in control, barring a moment of panic when bikes flew across the road in the cobbles stage after Vingegaard suffered a mechanical.

He was, however, paced back by his team — precisely the kind of support Pogacar rarely benefited from.

Pogacar also suffered from the absence of now-retired sports director Allan Peiper, whose tactical nous would have been useful in keeping the Slovenian's composure when he chased every attack, sometimes unnecessarily, on the 10th stage.

Pogacar, who ended up second overall and with the white jersey for the best Under-25 rider for the third year in a row, will need to learn lessons and hope for reinforcements in the team if he is to beat Vingegaard next year.

France, meanwhile, is still waiting for a first local winner since Bernard Hinault claimed the last of his five titles in 1985.

Though David Gaudu took fourth place overall at the end of a brave ride, the 25-year-old ended up a huge 13:39 behind Vingegaard according to provisional timings with no realistic dreams of an overall victory in the future. — Reuters