Sainz defends Ferrari strategy: 'We are not a disaster' 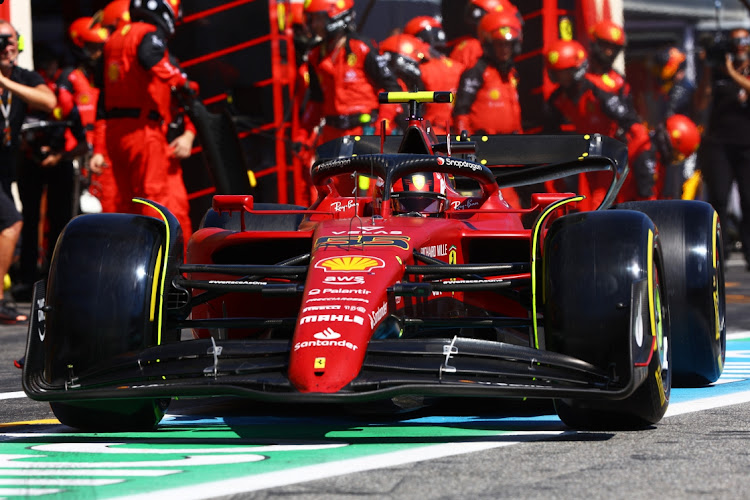 Carlos Sainz defended Ferrari's French Grand Prix strategy on Sunday after making a late pit stop to finish fifth rather than pushing for the podium.

The Spaniard went from 19th on the grid to third but had a five second penalty hanging over him for an unsafe release from his first pit stop, and was also on tyres whose performance was likely to drop off.

There was some confusion when Ferrari appeared to call Sainz in just as he was overtaking Red Bull's Sergio Perez for third in a race led for the first 18 laps by Ferrari's Charles Leclerc, who crashed out.

“I think the team is doing a very good job on strategy this year,” Sainz told Sky Sports television.

“At Ferrari, we get super-criticised for things that other teams might be going through also in their pit stop windows.

“Every time there is a tricky moment on strategy, we are discussing things but we are not a disaster like people seem to say we are. We like to discuss things, we are open about them.”

Sainz said he would have had to finish five seconds ahead of Perez to make third place stick and Ferrari felt that was not possible.

“The team has a lot more data on the computer, they have a lot more numbers to go through, and if they took that decision, I'm 100% convinced they did it with the best of intentions and the best spirit,” said Sainz.

The Spaniard said he would have pitted anyway if he could not pass Perez but as soon as he overtook he was ready to try to go to the end.

“At that stage, our numbers said impossible to make it to the end, plus the five-second penalty you risk losing position ... so the team took it to play safe. We knew P5 plus fastest lap is good points,” he added.

“In the moment, maybe my feeling was different.” — Reuters