Darren Clarke holds on to win The Senior Open 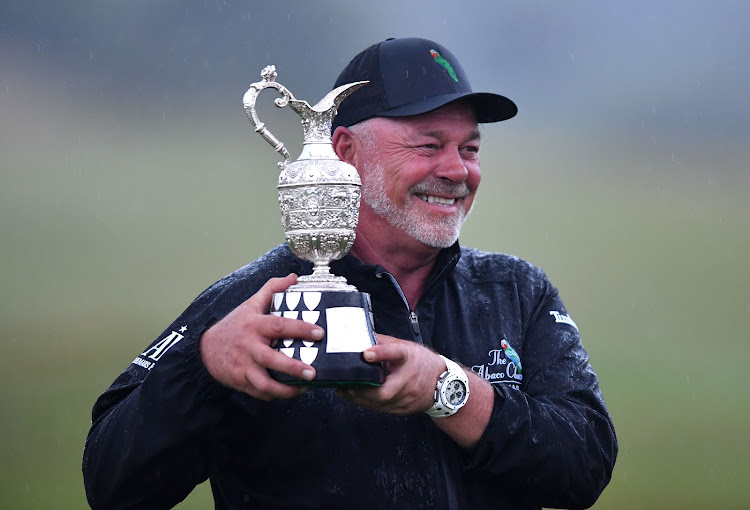 Darren Clarke of Northern Ireland poses with the trophy after winning the Senior Open at The King's Course at Gleneagles on July 24, 2022 in Auchterarder, United Kingdom
Image: Mark Runnacles/Getty Images

Darren Clarke of Northern Ireland made a two-putt birdie at the 18th hole Sunday to win The Senior Open Championship at Gleneagles in Auchterarder, Scotland.

Clarke escaped Padraig Harrington's late rally by sinking the birdie to polish off a 1-under-par 69 and finished 10-under 270 for the week.

Harrington birdied six holes on the back nine to shoot a 67 and set the clubhouse pace at 9-under 271 before Clarke's finish.

After his second shot landed just shy of the 18th green, Clarke nailed a perfect lag putt from the fairway that nestled within a few feet of the back pin location, allowing him to tap in for the title.

Not only did the 53-year-old win his first senior Major championship, but he also became the fourth player in history to win both The Open Championship and The Senior Open, joining Gary Player, Tom Watson and Bob Charles.

Heavy rain interrupted the end of Sunday's round, with a roughly two-hour delay ending at 8pm.

Before the delay, Clarke opened his round with nine straight pars and a bogey at the par-5 10th before birdieing the par-4 12th for a one-stroke lead.

Harrington, the 50-year-old Irishman who won last month's US Senior Open in his debut, had a rough start with a bogey at No 7 and a double bogey at No 9.

He made birdie at No. 10 to kick-start a red-hot back nine that wasn't tempered by the rain delay.

His birdie-birdie finish wrapped up a 30 on the back nine and put himself in front before Clarke won it on No 18. 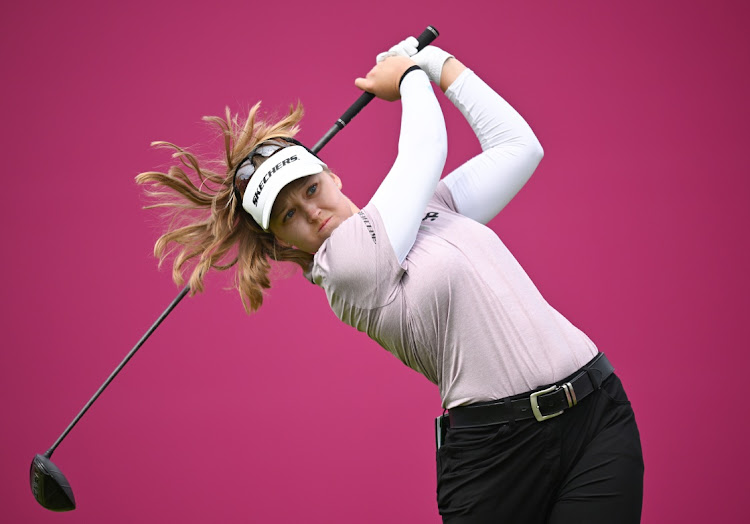 “When I've won some of my biggest tournaments — The Open, WGCs, whatever — I've had a sense of calmness,” Clarke said.

“And I don't know where it comes from, because if I'd been able to grab ahold of it a few more times in my career, I probably would've won a few more times. But this week I had that calmness again.”

Clarke led after two rounds and shared the 54-hole lead with England's Paul Broadhurst, the 2016 champion.

Broadhurst shot a 1-over 71 Sunday and was one of six players to tie for third at 8 under, joining Mauricio Molina of Argentina (65 on Sunday), Doug Barron (65), Ernie Els of SA (68), Thongchai Jaidee of Thailand (68) and Steven Alker of New Zealand (70).

Scotland's Colin Montgomerie shot 69 and finished alone in ninth at 7 under. Fellow Scot Paul Lawrie (67) tied for 10th at 5 under with Y.E. Yang of South Korea (69).

• Meanwhile, Canada's Brooke Henderson recovered from a horror four-putt double bogey early in the final round of the Evian Championship to win her second major by one shot at the Evian Resort Golf Club on Sunday.

Henderson, who started the day with a two-shot lead, made the turn at two-over par before three birdies on the back nine — which included a decisive 12-foot putt on the 18th — allowed her to win the title after carding 17-under overall.

“After I sunk that putt, I looked at my sister, Brittany, and said: 'did we really do this?'” Henderson said.

“It was definitely an interesting day and not the start I wanted, but I stayed patient. I knew going into the back nine, the saying is that majors are won on the back nine on Sunday.

“So I tried to stay in it and make a few birdies. The birdie on 18 was really nice ... I'm super excited to have my second Major championship and my 12th win on Tour.”

Henderson, who won the 2016 women's PGA Championship, edged American Sophia Schubert (16-under) to win the $1 million cheque while five others were tied for third, a further shot behind. — Field Level Media