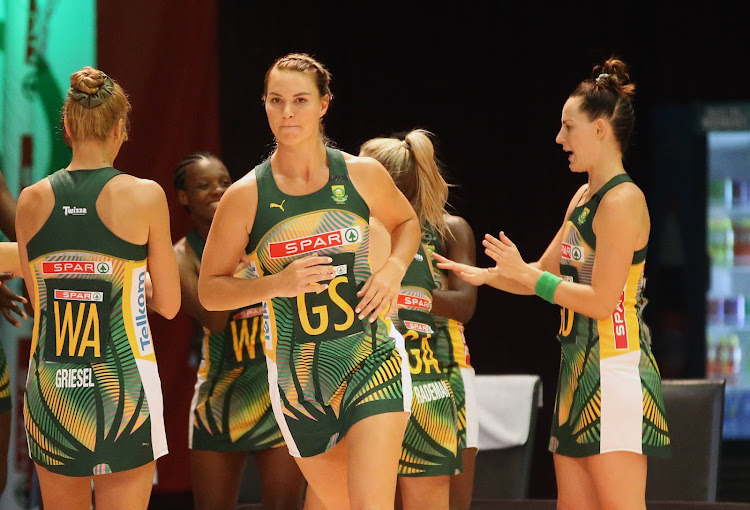 Netball Proteas shooter Lenize Potgieter has been ruled out of the Commonwealth Games.
Image: Reg Caldecott

Netball Proteas have suffered a massive blow ahead of the Commonwealth Games in Birmingham after influential attacker Lenize Potgieter failed to pass medical tests.

The news about Potgieter, who missed the team’s two recent preparation matches against Wales, was confirmed by coach Dorette Badenhorst, who said Nicole Taljaard has been called as a replacement.

Badenhorst said all the players were subjected to medical tests by the SA Sports Confederation and Olympic Committee medical team before going into the athlete’s village, and Potgieter’s two tests returned with similar results.

“Lenize will unfortunately not be part of the 2022 team going into Commonwealth Games as she was not cleared by the medical team. She is an experienced player and it is a loss to the team.

“We have submitted a replacement to the Commonwealth committee and Lenize will make her way back home as soon as flights are confirmed,” said Badenhorst.

Potgieter, who has been playing for Adelaide Thunderbirds in Australia, has 81 caps for SA. The last time she wore the green and gold was in 2020 against Malawi during the Spar Challenge in Rustenburg.

Badenhorst said they will have a few training sessions and do analysis and mental conditioning with the players to avoid home sickness before checking into the athlete’s village.

When they arrive at the village, they have two scheduled practice matches against Northern Ireland and Trinidad & Tobago before the start of the competition.