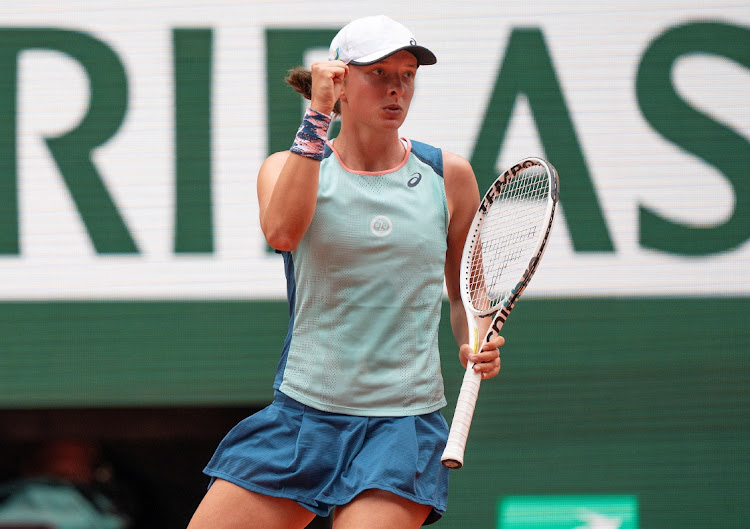 A key element in the appeal of any sport is the presence of a dominant figure — a benchmark for the rest to aspire to — and in that respect women's tennis has been blessed to have Serena Williams as its figurehead.

But with the American in her 41st year and back at Wimbledon for a potential farewell after a year out, the worry has been whether any player can fill her shoes.

As the All England Club prepares to open its gates, Poland's Iga Swiatek looks as though she might just be the one to lead the women's game into the a new era.

Domination can only really be measured over a sustained period and it is doubtful anyone will get close to the kind of statistics compiled by Williams.

Japan's Naomi Osaka, who is skipping Wimbledon, threatened to seize control with four Grand Slam titles in a little over three years, but has since slipped back into the pack as she wrestles with the pressure of stardom.

So those predicting that Swiatek is indeed the real deal might want to reflect on the pitfalls that await her in a sport in which the depth of talent has perhaps never been greater.

But her numbers heading into Wimbledon are mind-boggling.

When the 21-year-old beat American teenager Coco Gauff to win her second French Open title earlier this month it took her winning streak to 35 matches, equalling the 21st Century record of Venus Williams, though still far from Martina Navratilova's astonishing 74-match streak in 1984.

Swiatek took over as world number one in April after Ash Barty, the reigning Wimbledon champion, surprisingly retired from the sport and on the evidence so far, the Pole appears comfortable in the role.

Her multifaceted game style and ability to outwit opponents with versatile tactics means she excels on all surfaces, though grass could present one of her biggest challenges as she bids to become only the eighth woman to win the French Open and Wimbledon back to back, the last being Serena Williams in 2015.

She reached the fourth round at Wimbledon last year, losing to Tunisia's Ons Jabeur, but is still a relative novice on the surface and she will arrive having not played in any of the warm-up events as she protects a shoulder niggle.

“Grass is always tricky. I actually like the part that I have no expectations there. It's something kind of refreshing,” Swiatek, who won the junior title at Wimbledon, said.

Of her rivals for the title, Jabeur is a serious threat having added consistency to her unique game while there are several seasoned Wimbledon warriors lurking in the draw, none more dangerous than seven-time champion Williams whose aura, however long she has been away, endures.

Spain's Garbine Muguruza also knows what it takes to win the Wimbledon title as do Petra Kvitova, Angelique Kerber and Simona Halep, while big-serving Czech Karolina Pliskova, runner-up last year, cannot be ruled out if she gets on a roll.

Of the young brigade, American Gauff looks the best bet for a long run while Britain's Emma Raducanu will have to deal with the pressure of living up to her fairy-tale title at last year's US Open, since when she has suffered a harsh reality check. — Reuters