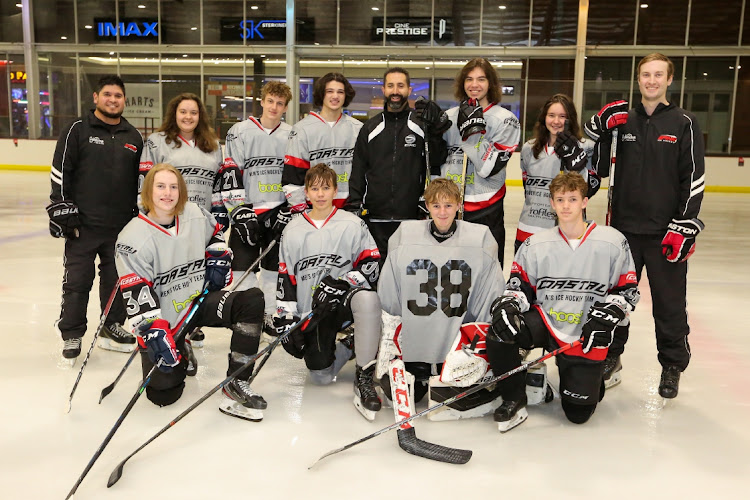 A total of 11 Coastal Ice Hockey Club (CIHC) players are off to Johannesburg to compete in the SA Ice Hockey interprovincial tournament from July 2-10.

The group consists of U12, U16, U18 and U20 players and club secretary Jacqui van der Merwe is hoping they are rewarded for all their hard work in the buildup.

“We would like to wish our players the best of luck for the tournament and we hope that they will have a fantastic time,” Van der Merwe said.

“We have been practising four times a week in preparation for the event.

“We would like to thank Western Province and Gauteng because they are actually accommodating our players in their provincial teams.

“With the closure of the ice rink at Baywest not everybody is participating, unfortunately, so there will be no Eastern Province team going to the competition this year.

“But unfortunately now with the unpredictable future it will be the last event that they will be taking part in.”

Earlier in June, Baywest Mall marketing manager Lindsay Steele confirmed the popular spot and home to the Bay’s ice hockey clubs would  be closing at the end of July.

“Our club is 50-plus members strong (males and females of all ages), we have produced several SA players and our head coach represented SA as an assistant head coach in Bosnia in April this year,” Van der Merwe said.

“The news of the impending closure of the ice rink has obviously been met with much sadness and heartache for all of our members.

“Unfortunately, at this point ice hockey is coming to an end in this province until we are able to get another rink, but like I said for the foreseeable future we will not be having one.

“Our players are devastated about the closure.

“Some of them have been involved in the sport for a very long time.

“It’s a sport that they like and now, unfortunately, with the water situation and the economic situation because of Covid-19 it has had a huge effect on the rink.

“We are grateful to the centre for keeping the rink open for such a long time and to afford our players the privilege of being able to play the sport,” Van der Merwe said.