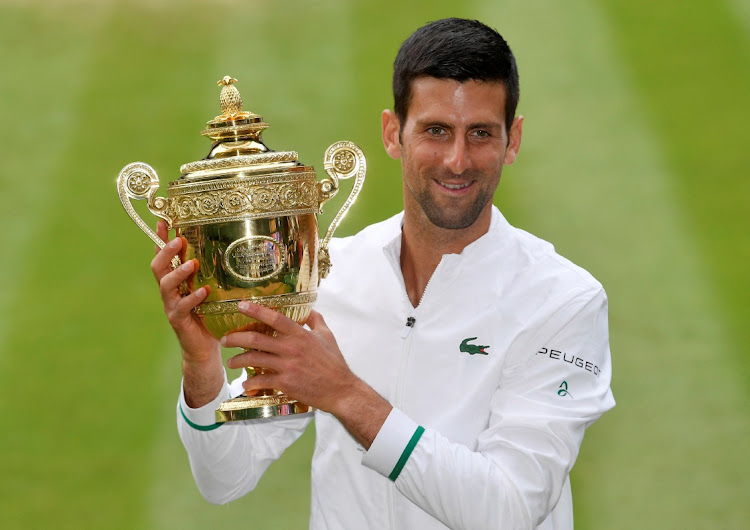 Wimbledon champion Novak Djokovic will head into next week's tournament as the men's top seed with Russian world number one Daniil Medvedev banned from taking part while Germany's second-ranked Alexander Zverev is out injured.

Organisers of the grass court Grand Slam have banned players from Russia and Belarus from playing at this year's Wimbledon after Moscow's invasion of Ukraine, which Russia calls a 'special operation'.

Zverev had surgery on torn ligaments in his right ankle this month after he was forced to retire from his French Open semifinal against Rafael Nadal.

Djokovic, who was unable to defend his 2021 Australian Open title and the 2,000 ranking points he earned due to his non-vaccinated status against Covid-19, recently lost his world number one spot to Medvedev.

The Serbian, who has won the last three editions of the grass court major, will slip further down the rankings after Wimbledon as he will lose another 2,000 points with the ATP and WTA stripping the tournament of points.

The absence of Medvedev and Zverev means Nadal, who is halfway through a possible calendar year Slam after winning the Australian and French Open titles, to be seeded second.

It also results in Djokovic and Nadal finding themselves in different halves of the draw and they cannot face each other until the men's final on July 10. The duo met in this year's Roland Garros quarterfinal where the Spaniard triumphed.

Britain has two players in the top 10 seeds at their home major with Cameron Norrie ninth while US Open champion Emma Raducanu is 10th in the absence of Belarusian Aryna Sabalenka.

Poland's world number one Iga Swiatek will be the women's top seed with Estonian Annett Kontaveit the number two.

Wimbledon organisers had previously used a computer-based system favouring results on grasscourts in the previous two years to determine the seedings but from the 2021 edition seedings mirror the world rankings. — Reuters