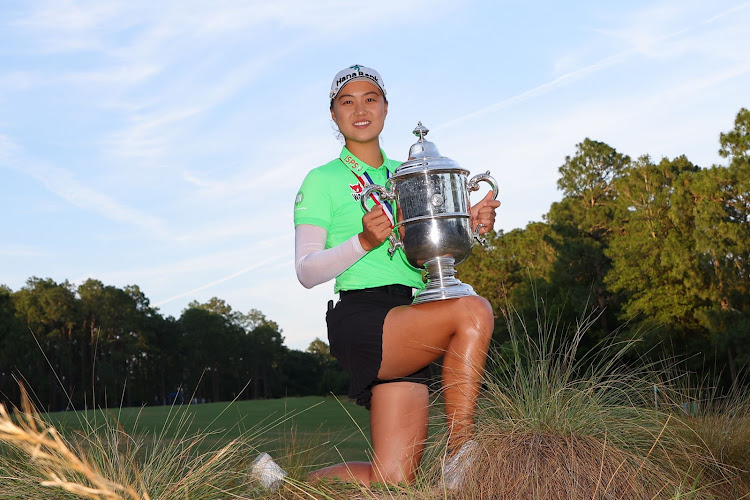 With one major already in the bag this season, Minjee Lee said she is targeting a dream double in 2022 with the Australian among the favourites at this week's Women's PGA Championship in Maryland.

The 26-year-old had her breakthrough major victory at last year's Evian Championship and captured the US Open earlier this month with a four-stroke victory that saw her rise to number three in the world rankings.

Perth-born Lee said her victory at the Evian Resort Golf Club in France last year gave her the push she needed to win the biggest prizes.

“I think definitely after Evian I got a little less pressure, like a monkey off my back,” she told reporters.

“Going into the US Open and all the other majors I think I have a bit more confidence playing in them — more confident than extra pressure.”

Lee pocketed a record $1.8 million winner's cheque after her US Open victory and will be keen to get her hands on the $1.35-million on offer for the winner at Congressional this week after the overall prize money was doubled to $9-million.

Lee said she was motivated more by the chance to add to her trophy collection than the money on offer at the tournament, which will mark the first time women have played a major at the venue.

“Two majors in one season, that's just overtaken my dreams, so I think it would be really, really special,” said Lee, who is looking to emulate compatriot Karrie Webb by winning the US Open and the PGA Championship in the same season.

“I like to embrace the challenge. The harder the golf courses get, I think the better I play,” added Lee.

“You do have to focus a little bit more on smaller details, so I think that's where I kind of excel. When I play under pressure, that is where I excel as well.” — Reuters