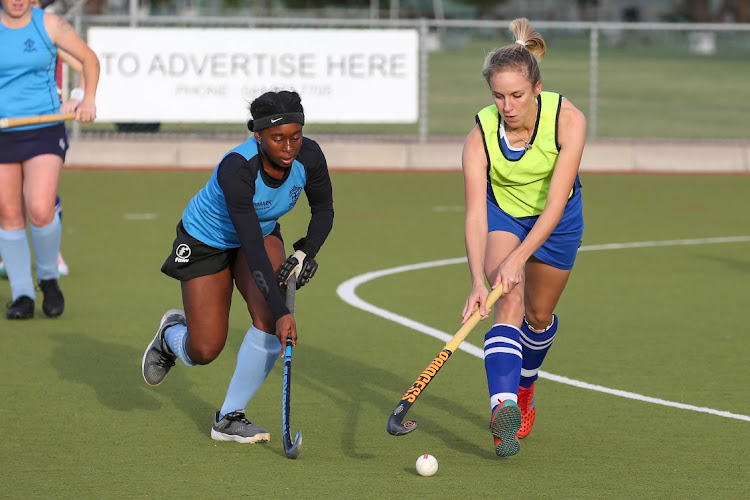 As the midseason break approaches, many club hockey players have been involved in interprovincial preparations and unavailable to play until the season resumes in July.

But there was the exciting women’s premier league draw between the Uitenhage Comets and Old Collegians  at Collegiate on a cold and windy Saturday afternoon.

Both sides had to make some changes to their line-ups to allow for the provincial player commitments, but did not let the standard of the game drop.

The discipline shown by both sides was admirable as no cards were issued and only four penalty corners were awarded, three to Uitenhage and one to Old Collegians.

The first chukka was a close affair, with both sides hitting their circle entries with diligence, only to be denied by the respective goalkeepers.

It was only in the fifth minute of the second chukka that the deadlock was broken by a Tristan Schroder field goal for Uitenhage.

But Old Collegians did not drop their guard and equalised five minutes later with a Hannah Griffin field goal of their own to make it 1-1 at halftime.

In the third and fourth chukkas, the quality of the hockey did not disappoint, keeping everyone on the edge of their seats.

Both sides gave it their all from the starting whistle through to the final buzzer but no further goals were scored.

It became a goalkeeper’s game, with the final two chukkas keeping both Gabriella Jordan (Old Collegians) and Carolina Picardo de Sol (Uitenhage Comets) on their toes.

Their outstanding efforts kept the scoreline at a draw.